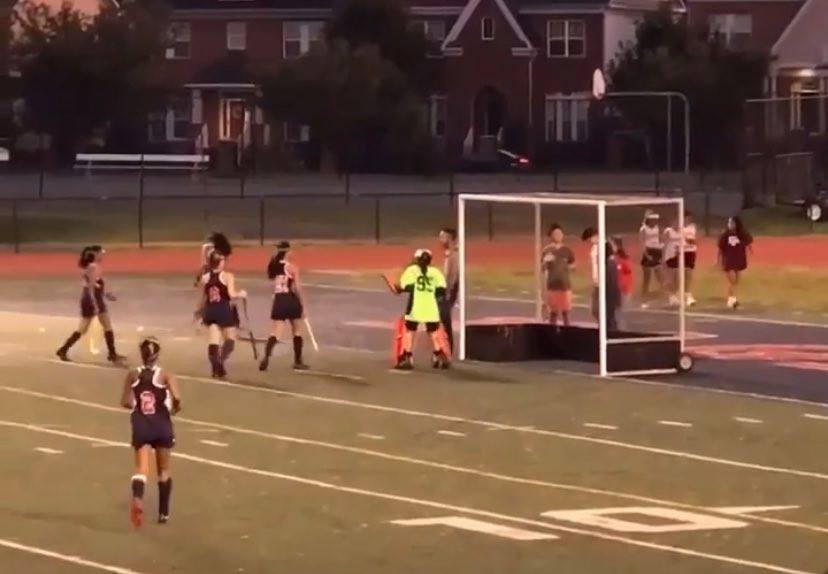 Tryouts for the girls field hockey team started on Feb. 15, and were held in-person at TJ. “I really hope people join [field hockey] since it’s a really good way to make friends,” Hailey Nguyen, a senior on the varsity team, said. “It’s just a great sport and it’s super fun.”

On Wednesday, Feb. 3, Jefferson’s field hockey team held an interest meeting to discuss important topics regarding the upcoming season. Safety measures were one of the first and most important topics discussed.

“We’re not allowed to share anything at all,” Hailey Nguyen, a senior on the varsity team, said. “At practice, masks are required at all times; during games, masks are optional. Goggles and corner masks are also optional. It’s also required to sanitize all of our equipment, including sticks, and sanitize our hands.”

Most safety measures have already been put into practice, with the winter sports season that is just now coming to an end. These measures have and will continue to ensure students involved in sports that they are safe on and off campus.

“At first I was a bit skeptical, but I think that FCPS is going to make the right decision when they put in these safety measures,” freshman Tessa Joseph said. “A lot of my friends played basketball during the previous season and they were fine, so it should be okay.”

Correlating to safety measures are the equipment that students are required to bring. Things players are used to doing, like sharing equipment with a teammate, are now something everyone will have to think twice about.

“Cleats, running shoes, mouth guards, and shin guards, are all things people have to bring on their own,” Nguyen said. “Preferably, everyone should bring their own stick, but the coaches do have some stored in case anyone doesn’t have one. Sharing is off the table, for sanitary risks.”

“I don’t think the equipment should be a particular issue,” Joseph said. “I heard the coach say there was extra equipment, so I think everyone should be covered.”

With field hockey being a team sport, it’s important for players to get to know each other and the coaches. However, with most school related events being virtual, it’s even harder for players, coaches and managers to form a team bond.

“First, we introduced all of the new coaches,” Nguyen said. “Then we had all the players in the meeting go around and introduce themselves, just so people could start to get to know each other before actual tryouts begin.”

Despite these setbacks, players are ready to kick off a new season, something they hope will offer a break from the seemingly monotonous routine they go through everyday.