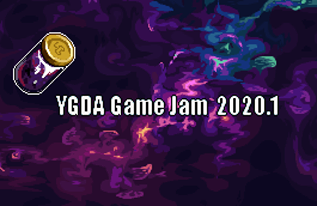 In the last week of February, the Young Game Developers Association will be hosting a Game Jam, a competition where contestants try to build a video game from scratch.

The Young Game Developers Association (YGDA) held their first eighth period meeting on Friday, Feb. 12. The club hopes to educate and assist students in different aspects of game development, such as programming, modeling, art, and music. It plans to teach members how to use a number of game engines, most notably the software Unity.

Sophomore Alvan Arulandu was inspired to found YGDA after noticing an interest and relevance for game development amongst peers at HackTJ, an annual Jefferson event for coders. “[During] HackTJ 7.5, I realized Unity was one of the tutorials that they push during HackTJ… and that’s where it struck me that this is definitely something [students] are interested in,” Arulandu said.

Unity is a type of game engine— a streamlining software that helps game developers create a game without having to write complicated code for features such as graphic or physics simulations. Unity is one of the most accessible game engines, and this is why it will be the one that is primarily used in YGDA.

“Our club is going to start with Unity at least at first, because I know it the best, and I find it’s really nice and easy to get started [with],” Arulandu said.

Although the club only recently began eighth period meetings because of its difficulty in finding a faculty sponsor, Arulandu has been conducting meetings outside of school, such as during Mondays or over the weekend. He stresses that all interested game developers are welcome in the club, even non-Jefferson students.

“If you have a friend that doesn’t go to [Jefferson]…there’s so much [in the club] that they can still be a part of, even if they can’t come to the eighth period meetings,” Arulandu said. “[The meetings] are going to be recorded, because I want everyone to still access the lectures and [activities] we do.”

The club will utilize Game Jams, contests where participants try to create a game from scratch in a limited amount of time. Other activities such as tutorials and discussion groups will also be incorporated during YGDA meetings.

“In the club, I hope to kind of show people that…[when] you’re making a game, it doesn’t mean the amount of hard work or knowledge you need to make the model doesn’t diminish because the product is for someone else,” Arlandu said.

The club will be hosting a Game Jam in the last week of February, which can be accessed on this website. YGDA also shares a Discord server for members.