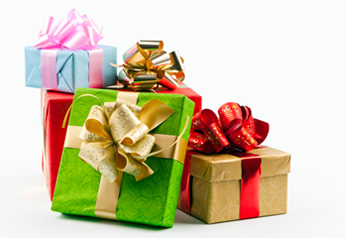 Black Friday, Small-business Saturday and Cyber Monday are long over but gift shopping is still on the top of many teenagers’ to-do lists with the upcoming holiday season just a few days away.

Even with the current recession, holiday expenditures for teenagers continue to be steady and even a bit better than last year. According to Junior Achievement’s Teen Holiday Spending poll, 76 percent of the teens surveyed plan to spend just as much on gifts – or more – this holiday season than last.

“I am planning to spend about $40-50 per family member, which is more than last year,” senior Shweta Kumar said. “I want to do something for my family since this is the last year I’ll be living with them for the entire year.”

Still, more than 90 percent of the 114 students surveyed in a recent Intranet poll opted to spend less than $40 per person. With the teenage employment rate at the all time lowest point since World War II, some are finding creative ways to stretch the dollar.

Sophomore Kate Salamido decided to use her culinary skills this holiday season.

“I have no money so I’ll be baking stuff for people,” Salamido said. “I am planning to attempt a cheesecake for my grandmother and to make cookie mixes for mailing to my family far away.”

Baking seems to be a popular low cost gift option this holiday season. Senior Colton Sears is also planning to use homemade pastry to surprise his friends.

“I’ll probably make some kind of food since it’s good and easy to distribute,” Sears said. “I have enough money to get something like a brownie mix. I might even have something in my house already sitting in the pantry.”

There is also no rule that says one gift has to be given from every single person in the family.

“My siblings and I combine money so our family receives one gift from all of us,” sophomore Katrina Junta said.

“I’m not buying a yearbook this year, just as I have done in the years past, so I have extra money to buy gifts for my sisters and parents. It may be a small self-sacrifice, but it all works out in the long run,” Ganley said.

While Ganley uses small sacrifices to save up money for holiday gifts, Kumar has been saving up for a long time.

“I have some money saved up from a really long time ago, like loose change and money my parents gave me ‘in case of emergency,’” Kumar said.

To a lot of teenagers, who don’t have a steady source of income to be used for holiday gift shopping, re-gifting is a plausible option. However, according to the same Intranet poll, only 41.12 percent said they re-gift.

However, freshman Omar Ahmed supports the idea of re-gifting.

“One person’s unwanted gift can be another person’s treasure,” Ahmed said. “Re-gifting makes for an efficient exchange of gifts – it’s a good thing.”

On the other hand, some students feel, no matter how unwanted the gift may be or how desperate the situation is, re-gifting isn’t a escape from holiday gift giving.

“I don’t believe in re-gifting because it doesn’t show appreciation for the person who gave you the gift in the first place,” freshman Douglas Andre said.

Even the recession can’t get rid of teenagers’ holiday spirit and the desire to give gifts. No matter how much they are willing to spend on this holiday season, the real purpose of gifting is appreciating friends and family. Sears seems to have found a good balance.

“I’d spend time rather than money finding something nice and thoughtful that doesn’t cost a ton of money,” she said.