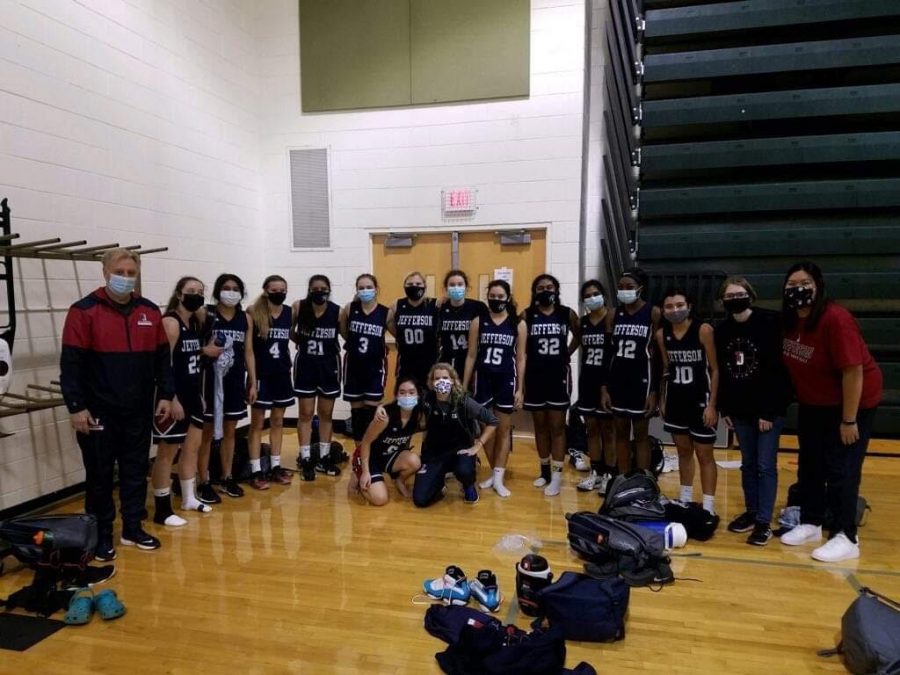 Due to the recent spike in COVID-19 cases, some players are taking a break from the team. Because of this, players from the varsity team have been asked to volunteer to play at the JV games. One player, freshman Harshal Lobana, volunteered to play with the JV team against Edison despite normally playing for the Varsity team.

“It was a really intense game and we were really close to them in score until the third quarter where they started to take the lead a little bit, but we also have been here on our team,” Lobana said.

The team has been greatly affected by COVID-19 as there were only 20 people that tried out for all three teams this year. This caused what would normally be a three-team program, to devolve into just two teams. Despite their challenges, they have kept up their work ethic and are still practicing six days a week.

“It’s disappointing because it was freshman year and I was really excited for basketball. We’re also fortunate enough to actually have the season. A lot of schools don’t even get to play basketball at all or play any sports. I’m glad that we at least have a season,” varsity player and freshman Harshal Lobana said. Lobana played with the JV team at their game on Jan. 16.

This season, Junior Erika Ramirez is playing for the varsity team for the first time as part of the TJ girls basketball program.

“It was a really good game – we were playing Edison, who is one of the best teams in our district, but it was definitely a very competitive game,” Ramirez said.

Ramirez also explained that she is glad practices are continuing per usual, but there are some added complications to ensure a safe environment for all the players and coaches involved.

“At the beginning, running with a mask got a bit difficult at times but I got used to it and it just seems normal now,” Ramirez said.

According to Ramirez, Edison is, “one of the best teams in the district,” so despite the loss, the Jefferson girls were proud of their performance.

“I actually feel pretty proud even though we lost, because Edison High School is a really tough team. A few weeks ago the score was worse. So we’ve improved a lot,” Lobana said.