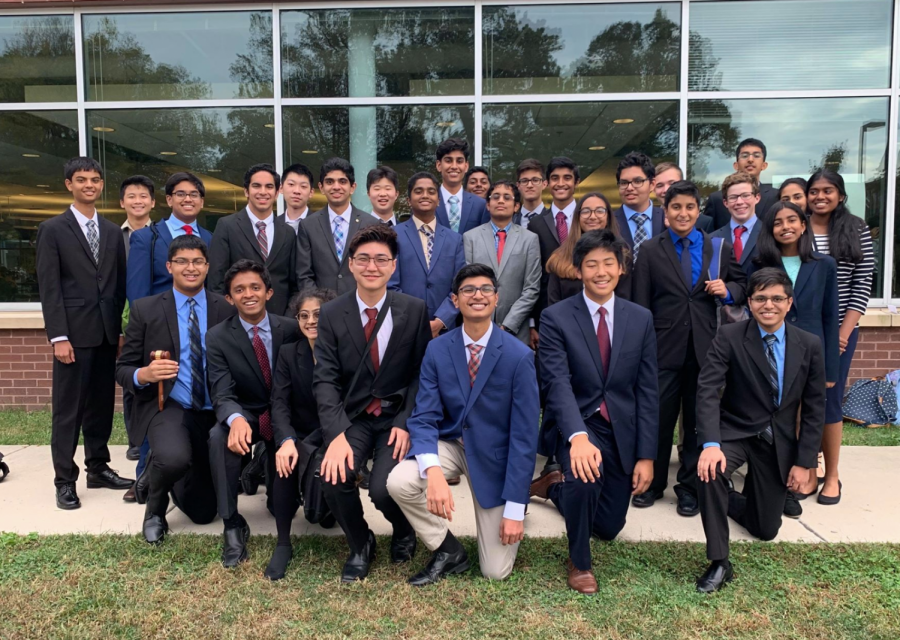 “I participated in the winter and spring in-houses from last school year. It was definitely really helpful in getting an idea of my own abilities and where I stand,” sophomore Niki Khare said.

Experienced debaters also found value in the in-house tournaments: they could try new types of speeches and argumentation.

“Everyone is from TJ, competitors and judges, so the environment is supportive and a lot more comfortable than other national tournaments, and this helps people try things outside of their comfort zone,” sophomore Patrick Bai said.

The transition to virtual tournaments and meetings is a large change for many debaters.

“This disconnect in online debate has taken a hit to a lot of debaters’ motivation and passion, including my friends and I, so we really have to push extra hard to be empathetic and make connections [with] the people we are debating with,” Bai said.

Despite the challenges, there is an upside. Online tournaments give students more chances to participate in debate.

“We get a lot more opportunities to participate in tournaments that we previously couldn’t go to because for instance, [they were] way too far away… I know last year I was only able to go to like two or three. This year I went to two or three [tournaments] within the first two months,” Jefferson Congressional debate director of communications Hasita Nalluri said.

“The officers did an amazing job making everything work in an online setting. Most of the online tournaments I’ve been to always have some kind of massive issue with technology. This was pretty straightforward and worked really well,” Khare said. “I have a feeling online debate is going to become a lot more common even after the pandemic ends, given how accessible it is to everyone.”