A season with virtual support 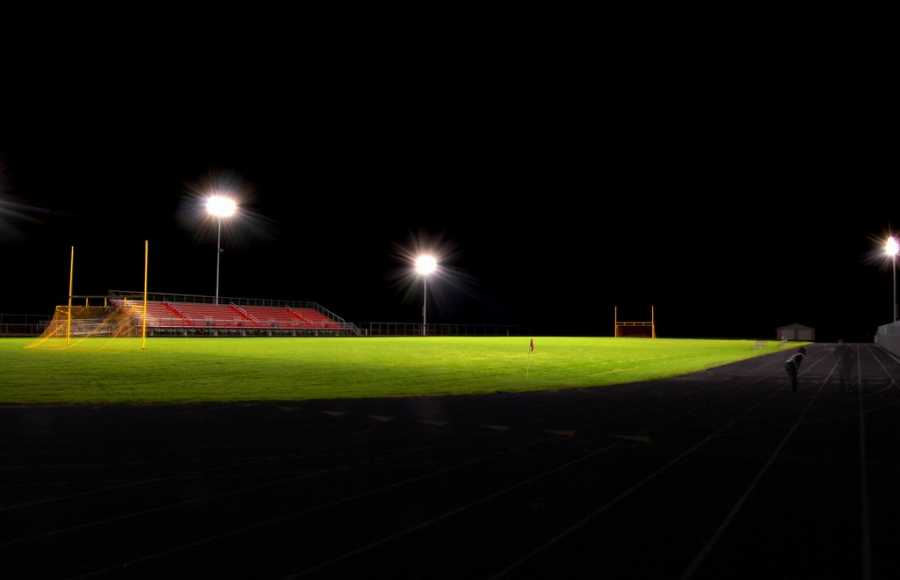 Touchdown!!! Jefferson wins! The roar of the crowd jolts the players as they run down the field to congratulate their teammate. The marching band drums as hard as they can and the stadium is inaudible. Before you know it, fans are on the field storming the pile of players.

However, without fans, none of this is possible. This is the reality of the deserted bleachers lining our fields. The uncertainty of how the spirit of sports will continue looms over student-athletes.

Fans are normally the driving force behind the support and encouragement of Jefferson’s teams. However, with a new private notice from Fairfax County to staff members that spectators will be prohibited for high school games, student-athletes are tasked with staying motivated during these COVID-19 regulations.

“Fans would encourage us to keep our momentum, and then when we were down, they would support us and try to pick us up to get back in the game,” sophomore Jonathan Bucholz, a junior varsity basketball player, said.

While students and parents played a major role in being at the games and cheering on teams, past student-athletes were electrified by the presence of returning team members or alumni.

“We were really excited for one of our [softball] scrimmages because a lot of girls that graduated who used to be in the program came out to the field to support us, which was extremely important to a lot of the upperclassmen on the team,” sophomore Riley Cooper, a varsity basketball and softball player, said.

Although allowing fans to support their respective teams may seem to bring more energy to the game, some athletes see this new regulation to stop people from being in the stands as a possible benefit to the team.

“Other schools would often have their fans be louder and they would have more,” Bucholz said. “So I feel like having fans could be a little detrimental because there are some teams that really thrive more than us on their fans’ momentum and energy.”

With different perspectives on the presence of fans, a crucial part of the team, coaches, are now still in the process of thinking about new practices to motivate students to come tryout and to not disappoint anyone.

“Coaches are now considering not cutting depending on how many students show up, hopefully, to keep everybody motivated and give everybody a chance,” Head Athletic Trainer Heather Murphy said.

In addition to everyone trying out for the team, returning players who were used to seeing fans in the stands will now possibly be able to do so once again but in an unusual way.

“As a sports fan myself, you’ve seen there have been cutouts that have been placed in different professional and collegiate arenas and so I think that would be really fun. If we could take that project on to create heads and we somehow put heads in bleachers,” Murphy said.

With players seeing cutouts in the in-person stands, the virtual stands will also be full capacity as the games are now being tested to stream.

“I think streaming games like especially during our senior night would be cool to see people come out virtually to that, and possibly help us stay motivated through a chat feature,” senior Hailey Nguyen, a varsity basketball, field hockey, and soccer player, said.

While FCPS is working on installing cameras in our gyms and Auditorium, the upcoming season leads Jefferson’s athletes to believe their motivation will continue to come from the community whether virtual or in-person.

“The community is so supportive that they don’t need to be at a game cheering from the stands to support or motivate me as an athlete in the TJ program,” Cooper said.