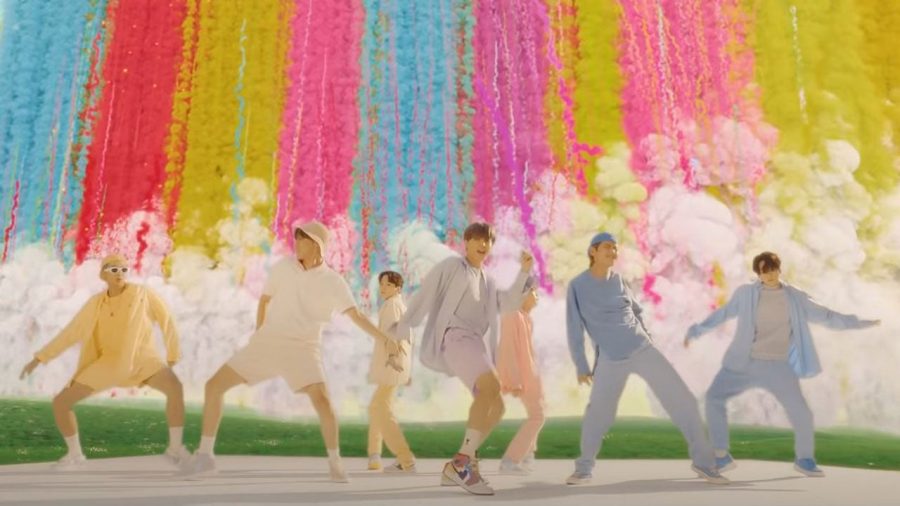 Although 2020 was a tough year, singers and songwriters worldwide were still able to spread smiles through homes, and provide entertainment to many. I have selected the top ten singers and song groups of this year.
10. Ava Max
In 2018, Ava Max rapidly became famous with her hit single “Sweet but Psycho.” The 26-year-old released one album in 2020, titled “Heaven & Hell,” which included the hit song “Kings & Queens.” The jammable “Kings & Queens” single has reached many ears over the year, donning the crown of the number one song on Billboard’s Adult Pop Songs. It also reached the US Billboard Hot 100 at number 13 and reached the UK Singles Chart at number 19.

9. Cardi B
Despite the fact that Cardi B only released one song in 2020, she deserves a spot on this list. “WAP,” the iconic single she released in 2020, is the lead single from her upcoming studio album. “WAP” has reached many, many charts, finding itself at the top of a total of 16 charts throughout 2020. These 16 charts include the Billboard Global 200, the US Billboard Hot 100, the US Rolling Stones Top 100, and Australia (ARIA).

8. Megan Thee Stallion
Megan Thee Stallion is savage. At least that’s what one of her songs says. 2020 was definitely a good year for Megan. With 3 hit songs released (“Savage,” “WAP” (in which she was featured), and “Body”), she began her rise in popularity. Her songs found fame in apps like TikTok, where the “Savage” dance challenge emerged. “Savage” also reached the top 5 of the US Rhythmic Billboard chart, the US Billboard Hot 100, and the Billboard US Hot R&B/Hip-Hop Songs.

7. Dua Lipa
19 songs released in 2020. 3 albums. 2 hit songs. At 25 years of age, Dua Lipa is making a career out of singing. Beginning her fame in 2015, after releasing her first single titled “New Love,” Dua Lipa has become one of the most famous pop singers of 2020. “Levitating,” one of her most recent songs, has reached number 5 on the UK Singles Chart and number 10 on the US Billboard Hot 100. It then reached number 13 on the Billboard Global 200 chart.

6. Taylor Swift
Taylor Swift shocked fans worldwide when she surprise-dropped her album “Folklore.” Five months later, Taylor Swift wrote, sang, and produced another new album, titled “Evermore.” Producing a total of 33 songs within the year, Swift kept her fans happy and able to jam out to her songs. One of her songs, titled “Cardigan,” released in her surprise album, reached the top of the US Hot Rock & Alternative Songs, the US Billboard Hot 100, as well as the US Rolling Stone Top 100.

5. Shawn Mendes
For years, Shawn Mendes has been one of the most popular singers in the world. With countless international fans, he has received popularity from those of all ages. After the release of the “Wonder” album in 2020, Mendes was able to maintain his popularity amongst fans. The album included the hit songs “Monster” and “Wonder.” “Monster,” a collaboration between Mendes and Bieber, became the sixth top 10 single for Mendes on the Billboard Hot 100 when it debuted at number 8.

4. Ariana Grande
Ariana Grande is a name most, if not all, of us have heard. At age 15, Ariana first debuted in the Broadway musical “13.” She soon began to release albums, and by 2020, her net worth was 150 million dollars. Throughout the course of 2020, she released one album, with a total of 14 songs. These songs included “34+45” and “Positions,” which both topped charts all across the nation. With nearly 22 million streams, “Positions” rose to the number one song of the nation, while “34+45” received a total of 19.5 million streams.

3. Justin Bieber
Despite the chaos in 2020, Justin Bieber still managed to make albums and songs, some of which rose to popularity across the nation and world. Making a total of 4 albums over the course of 2020, Bieber wrote 4 hit songs titled “Lonely,” “Holy,” and “Monster” (a collaboration with singer Shawn Mendes), and the infamous “Yummy.” “Lonely” climbed up the charts nationally and internationally, debuting at number seven on the US Mainstream Top 40 and at fifteenth on the US Billboard Hot 100.

2. Billie Eilish
Billie Eilish, a 19-year-old singer/songwriter from the USA, rose to fame in 2015 when she uploaded her song “Ocean Eyes” to the music platform SoundCloud. Over the past 5 years, she has found increasing popularity both nationally, and worldwide. In 2020, she wrote and produced 8 songs, including “Therefore I Am,” which had a staggering 19.1 million song streams, and reached the top of the Rolling Stone Top 100 Songs chart.