Among Us takes the world by storm 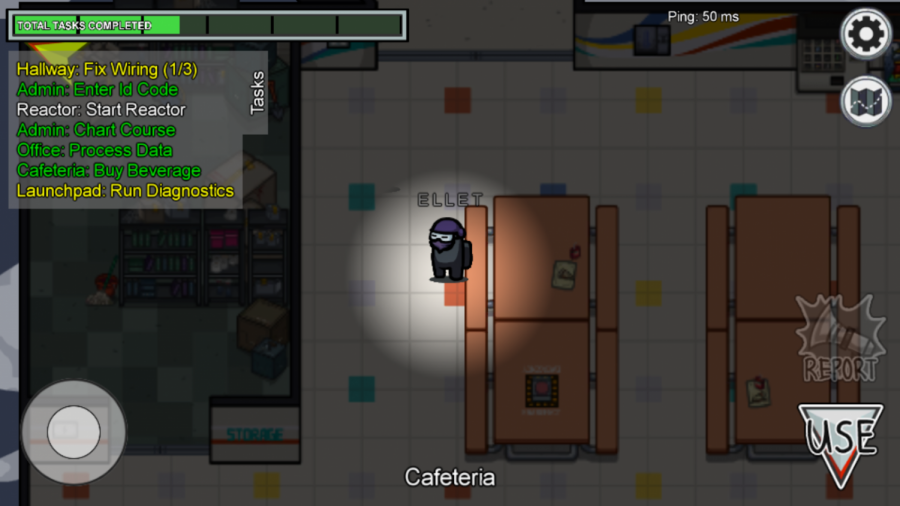 Crewmates perform various tasks while trying to avoid getting killed by the Impostors, who can commit sabotage to make it easier to kill other players.

The lights are out on Skeld and there are four players left. In a group, they move in tiny circles as they inch their way towards electrical. Suddenly, a message pops up.

One of the three remaining players is the Impostor, but no one knows who. Going off of just a gut feeling, 120 seconds of finger-pointing, deception, and deceit ensues.

Based on the popular party game Mafia, Among Us is an online multiplayer game that relies on social deduction. Players can choose between three space-themed maps: The Skeld, Mira HQ, and Polus. Depending on the settings, there are 1-3 Impostors who must eliminate the Crewmates through sabotage and murder. In turn, the Crewmates must either vote off the Impostors or finish all their tasks before the Impostors can kill them off. The game ends when the number of Crewmates equals the number of remaining Impostors or when all the Impostors are voted off.

Despite its release in June 2018, it wasn’t until the summer of 2020 that the game began to experience a boom in popularity. After Twitch streamers began live-streaming gameplay on the platform, content creators such as PewDiePie, Pokimane, and MoistCr1tikal helped to introduce the game to a broader audience on other platforms. Among Us is easily accessible, available on mobile (for free) and PC ($5 on Steam). By Sept. 21, the game had 100 million downloads on Google Play Store.

It’s not just the simplicity that makes Among Us a game that players want to play again; it relies on humor as well. Players can dress up in silly costumes with hats (toilet paper rolls, ninja masks, plungers, etc), and on the PC version, players can choose “pets” that follow you in-game, ranging from a mini version of your avatar to a dog to a mini Henry Stickmin.

“Kill animations are graphic in nature: neck-snapping, gunshots, and a ‘projectile throat saber’, but they’re animated in a cartoonish manner,” junior Leon Jia said. “Corpses also have a single comical bone sticking out of it and two tiny legs. [These] things all make the game more social and enjoyable while lowering tension.”

That’s not to say that the game is free from any tense moments. In fact, it’s quite the opposite.

“Generally, there’s a lot of anxiety during the round,” Umaretiya said. “[As a Crewmate,] in the pursuit of trying not to die you want to stay away from other people. As an Impostor, you get anxiety from not knowing if someone’s gonna walk up while you’re killing [a Crewmate].”

However, Among Us provides players with many rewarding moments.

“It can be pretty exhilarating when you’re [an] Impostor and you pull off something sneaky,” sophomore Patrick Gaucher said.

With the rise in popularity of the game, some players have created unofficial game modes utilizing the settings on the original Among Us. One popular mode called Hide ’n Seek is usually played when there are fewer than eight players and features one Impostor, who announces their status to the other players. After a 10 second countdown and a communications sabotage, the Impostor then attempts to kill the Crewmates, who cannot repair the damage.

But there’s a catch. The Impostor’s vision is lowered to 0.25x, essentially making them blind. This gives the Crewmates a fighting chance at finishing their tasks, especially on smaller maps like The Skeld. However, no meetings can be called as this would gather all the players in one location, meaning dead bodies aren’t reported.

Another alternative is called Slasher mode, which is quite similar to the original game. However, Impostors cannot be voted out and the only way Crewmates win is by finishing all their tasks before being killed off. In turn, Impostors are not allowed to use vents or lock doors. Even with these restrictions, this game mode clearly favors the Impostors to win.

Given that Among Us is reliant on interactions between players, it’s popular to utilize voice or video calls when playing with friends. To prevent any accidental information leaks (e.g., a surprised yelp when a crewmate gets killed), players usually stay muted unless an emergency meeting is called.

“It’s easier playing [on a] video [call] because you can read someone’s face,” Umaretiya said, “but for a more immersive experience I prefer audio [calls] because you can’t read their face to see if they’re lying.”

Among Us has been a silver lining during extended periods of isolation caused by the COVID-19 pandemic. Calls through platforms such as Discord and Google Meet gives opportunities for players to hear their friends’ voices and see their faces, albeit through a screen.

“The game offers a chance to meet with friends and share a few laughs,” Jia said. “It’s a good way to connect and bond when everyone’s craving social interaction during distance learning.”