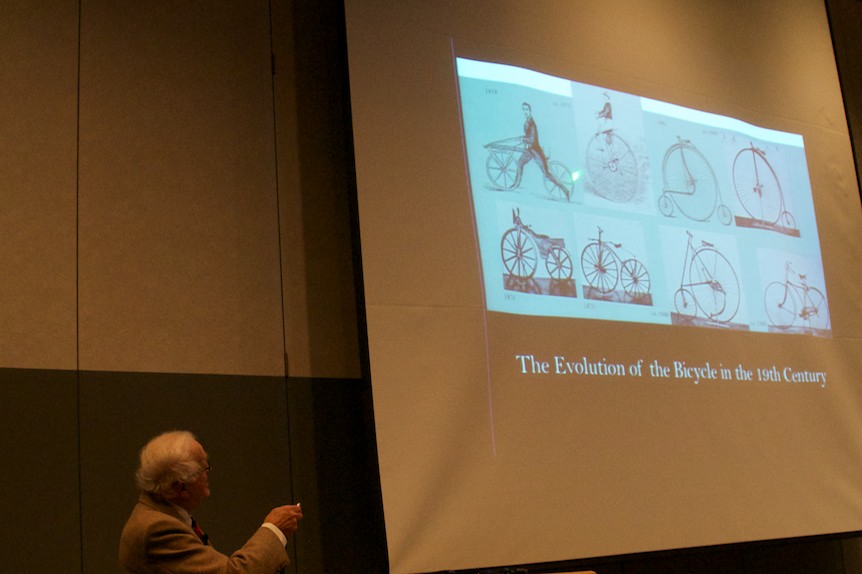 Bulent Atalay, a professor from the University of Mary Washington, visited Jefferson on Dec. 21 to give a presentation on “Beethoven, Newton and Leonardo Patterns in Creativity.”

Described by NPR, PBS and the Washington Post as a “modern Renaissance man,” Atalay is a theoretical nuclear physicist as well as an author and an artist. His best-selling works include “Math and the Mona Lisa” and “Leonardo’s Universe: The Renaissance World of Leonardo da Vinci.”

In his presentation, Atalay explained the inconspicuous yet significant role that mathematics plays in our environment and in artwork. For example, he cited the recurrence of the Fibonacci sequence in the development of a tree as well as in the organization of Ludwig van Beethoven’s music. According to Atalay, even before the discovery of patterns such as the Fibonacci sequence, “the greatest artists simply picked up the subliminal messages in nature.”

Also emphasizing the role that coincidence can play in our lives, Atalay told the stories of several influential leaders. He elaborated upon the lives and achievements of several pioneers of math, science, music and art. This included Leonardo da Vinci, whom Atalay called “the universal genius, the best in every field,” as well as Isaac Newton, “the architect of the modern age who created the inverse square law, the greatest single abstraction of the human world.”

Atalay hopes that the next generation will continue to pursue and inquire after the mysteries in the world that have yet to be explained.

“We have to be a little rebellious,” he said. “These characters – such as da Vinci and Newton – were revolutionary. They changed our view of the universe so that it will never be the same again.”