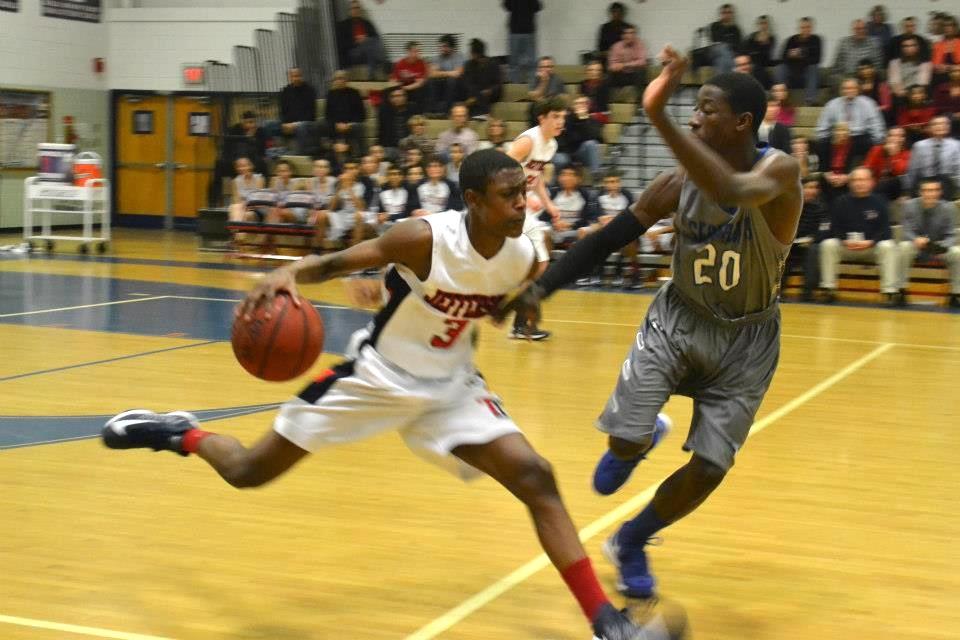 Although many thought  the world would end, the boy’s varsity basketball team still played their game against the South Lakes High School Seahawks on Dec. 21.

The team came out flat, and the first half ended with the Seahawks leading 22-19.

The Seahawks took a slight lead in the early stages of the fourth quarter, but the game was soon taken over by the Colonials due in part to the superior play of sophomore center Sharan Arkalgud.

“Everything was in place for me and my teammates tonight. We all stepped up, and we each did our best,” Arkalgud said.

With three minutes remaining in the fourth quarter, the game was tied at 38-38.

“We really had a chance to win.! The game was intense, and the energy from the crowd was bouncing all over the arena. Everybody in the building was pumped,” said freshman Abishek Bhargava.

Arkalgud fouled out with two and a half minutes remaining in the game, and a few turnovers in the Colonial’s final possessions ultimately opened the door for a South Lakes victory. The final score was 49-41.

“Even though we didn’t win, this game provides hope for future games. Everybody brought it tonight,” Arkalgud said.