Out with the old, in with the blue

Jefferson student political clubs give their takes on the presidential election and the upcoming transition. 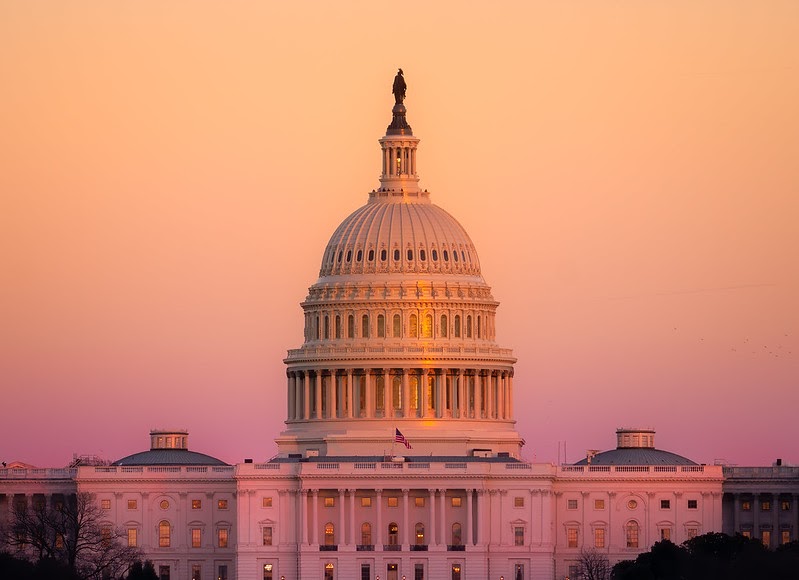 In the aftermath of the 2020 presidential election and President Donald Trump’s attempts to contest it, the polarization of opinions between Democrats and Republicans has forced a country where political views constantly clash with one another. Although the country is in a state of stark division, the views of the Jefferson community have remained fairly neutral.

When it comes to Trump, both Democrats and Republicans have their uncertainties. Co-president of the Teenage Republicans club Alyssa Gorbaneva leads discussions on current issues within the Republican party during club meets. The past couple topics have revolved around the election, Trump being an important part of their sessions.

“Trump overall is a very controversial figure,” Gorbaneva said. “A lot of what he says doesn’t sound respectful, and is something I would not say out loud. [We] don’t like what he says when it’s derogatory, but at the same time he has policies that we agree with as a club.”

After a year of hiatus, Co-president of the Young Democrats club Rishi Lahoti leads his club through presentations on current issues, with political discussions coming in the near future. The few discussions that have occured express the general view of club members on the work of the Trump Administration.

“[Our club’s viewpoint is]  a pretty standard answer you’d expect from any left leaning person in America, which is that it’s a disaster, and that’s putting it lightly,” Lahoti said.

In the aftermath of the 2020 presidential election, varying stances on the status of mail-in voting have come up within the Teenage Republicans. Gorbaneva speaks to her own opinion regarding the outcome.

“I’m someone who doesn’t doubt the credibility of this election. If someone were to ask me if there was voter fraud, I’d probably say no. I don’t think it’s worth it to discuss whether the results are credible or not, especially after the 2016 election. It’s these sorts of things that I like to keep in perspective, especially when there’s so many different sides,” Gorbaneva said.

With the COVID-19 pandemic disrupting conventional in-person voting, millions of Americans voted by mail in advance. Lahoti gives the opinions on mail-in ballots that many among the Young Democrats share.

“[We] tend to be in favor of mail-in voting, because it allows more people to vote… and more voting means a more secure democracy. We’ve always been a party that’s trying to increase voter rights, and rights in general,” Lahoti said.

With the election declared for president-elect Biden, ideas for the incoming administration have begun to circulate. Future discussions for the Young Democrats will involve appointments, policies, and overall ideas on the new administration. Lahoti describes what he looks for out of the president’s next four years.

“I’m expecting a lot better, not just out of the office of president, [but] I’m also hoping to see some more progressive policies from his presidency,” Lahoti said.

A piece of the Biden campaign that resonated with both parties was the promise of unification: to bring together both Democrats and Republicans and look at the bigger picture of what America could be. Gorbaneva, although in favor of this move, expresses her concerns regarding the transition.

“I think a lot of his rhetoric on unifying the country, I would agree with. I would appreciate a less polarized America… [though] it’s very challenging to meet in the middle, especially when there are so many negative comments about Republicans now more than ever, even at TJ,” Gorbaneva said.

As Lahoti describes, he too has concerns about whether or not this is a change that America is willing to make. He feels like the way things are going, it’s becoming more difficult to unify the views of Democrats and Republicans, since he sees certain issues as a question of human rights.

“Whether you’re liberal or conservative, I get it. I can disagree with you and still have conversations,” Lahoti said.“[But when] it’s a difference in what certain people think of the restriction of human rights, I don’t see a way I can have a conversation going from there. To me, there has to be some middle ground, and it’s looking increasingly like there is none.”

The current state of polarization is America is not a healthy way of living. As stated best by Gorbaneva, understanding is the first step towards change. “It’s important to consider how everyone’s views are different. The label of democrat or republican can come with some heavy biases, so distancing yourself from those internal beliefs is the key to understanding.” Gorbaneva said.