Tegan Powers and her father bring the magic of Academic Decathlon to the Jefferson Community. 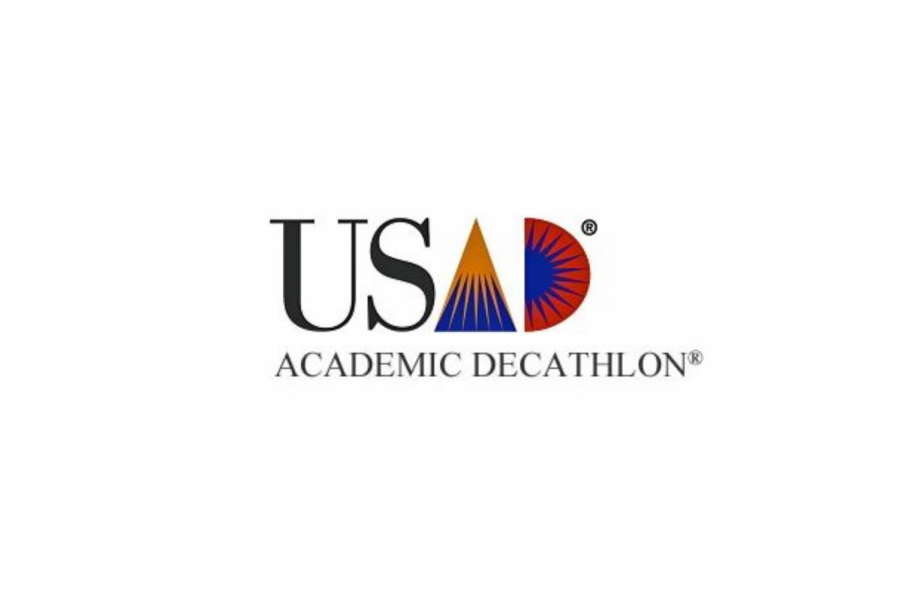 Courtesy of the USAD Academic Decathlon

TJ AD differs from other quiz competition teams at Jefferson. “The main difference between AD and clubs like the Science and Bio Olympiads are the range of topics that competitors are tested on. Sci Oly and Bio Oly focus on science, but AD tests on a lot more than that. It could be thought of as similar to Quizbowl, but Quizbowl focuses solely on testing knowledge, and AD has the essay, interview, and speech portions too,” junior Sameesksha Garg said.

Social Science. Literature. Music. Economics. These are just a few of the subjects on the seven tests for the United States Academic Decathlon (USAD). Junior Tegan Powers was inspired to found the Jefferson Academic Decathlon (TJ AD) team after she heard her father’s stories about the national academic competition. Now, Powers and her father share a special relationship through USAD because both she and her father did the academic activity in high school. Making their dreams into a reality has allowed for their bond to grow.

“My siblings and I grew up with stories of Academic Decathlon,” Powers said. “His team in rural Texas rose up out of almost nowhere to win their state competition and place second at Nationals. I want to replicate that at TJ. He was always disappointed that Virginia hasn’t participated since 1991, so he was very excited when I suggested we start a team.”

Powers hosted TJ AD’s first official club meeting during Friday A block on Dec. 4, with meetings typically held twice a week on Friday A blocks and Mondays at 4 p.m. During the meeting, Powers and her father, the coach, explained the purpose of academic decathlon, the benefits of participating in this study-intensive competition, and how teams are created.

USAD is one of the nation’s most famous academic contests, which involves both team and individual events. There are several categories in which students, individually and as a team,  can compete.

“Students compete in ten different categories: art, science, math, music, literature, economics, history, speech, interview, and essay,” Powers said. “All of the events are tied together by a common theme. This year it’s the Cold War.”

“The team requires a mix of GPA levels so it’s a great opportunity for students of all GPAs to compete for national awards,” Powers said. “There are 9 people on the Academic Decathlon team with three subdivisions based on unweighted GPA: 3 Honors (GPA 3.8-4.0) students, 3 Scholastic (3.2-3.79) students, 3 Varsity students (3.2 and below).”

Students have already begun to prepare for the state competition taking place on March 15, using scrimmages based on actual test questions from USAD.

“The Academic Decathlon organization makes study guides available for each of the topics. Our coach, who has been to Nationals, made custom flashcard software just for our use,” Powers said. “We think this will give us an edge and a good chance to win at Nationals. It’s a lot of work, but the ratio of work to national award cannot be beat.”