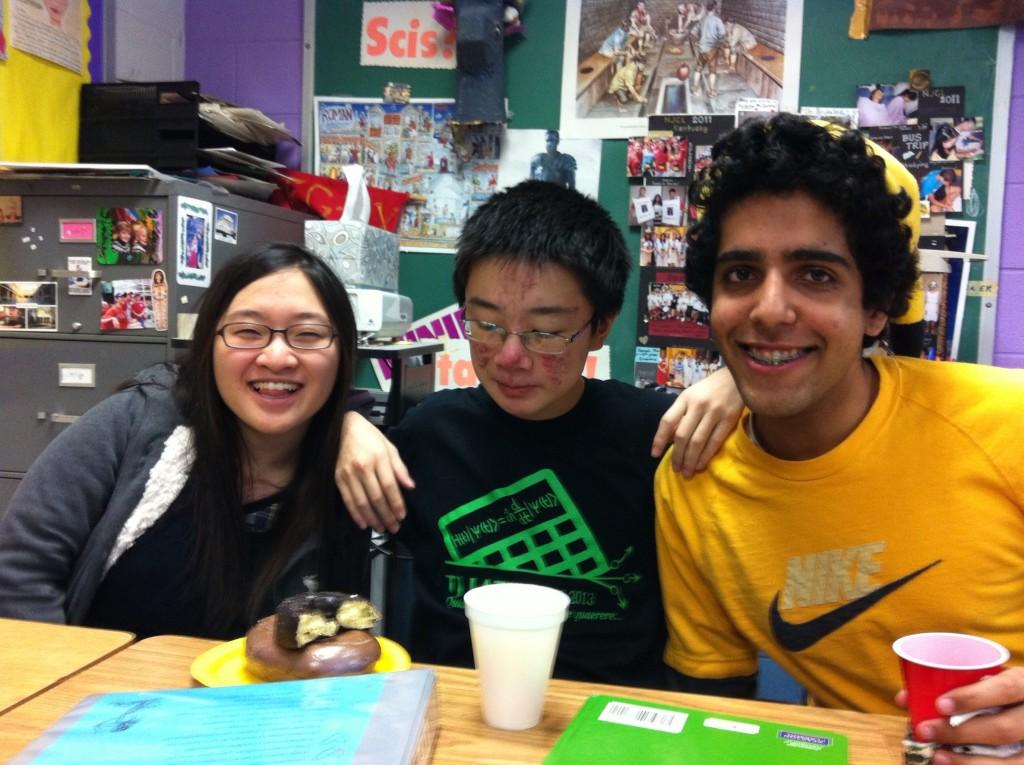 Students from Christine Conklin’s Latin II class happily munched on a breakfast of bagels and cream cheese while exchanging gifts in celebration of Saturnalia, an ancient Roman festival of the god Saturn.

Conklin’s students had exchanged names prior to the party and had come with a poem they composed relating to the present they brought. During the event, all students had the chance to guess their “Secret Saturnalia” by reading the poems which related to Roman history.

Freshman Jason Tufano, known as Quintus during class time, had prepared a gift for Vergil, another student in the class. Tufano gave a designer pen as his main gift, to play off of the Latin name of the gift receiver, a famous writer of Rome.

“I think the concept of Saturnalia is a great experience that everyone should have the opportunity to enjoy,” Tufano said.