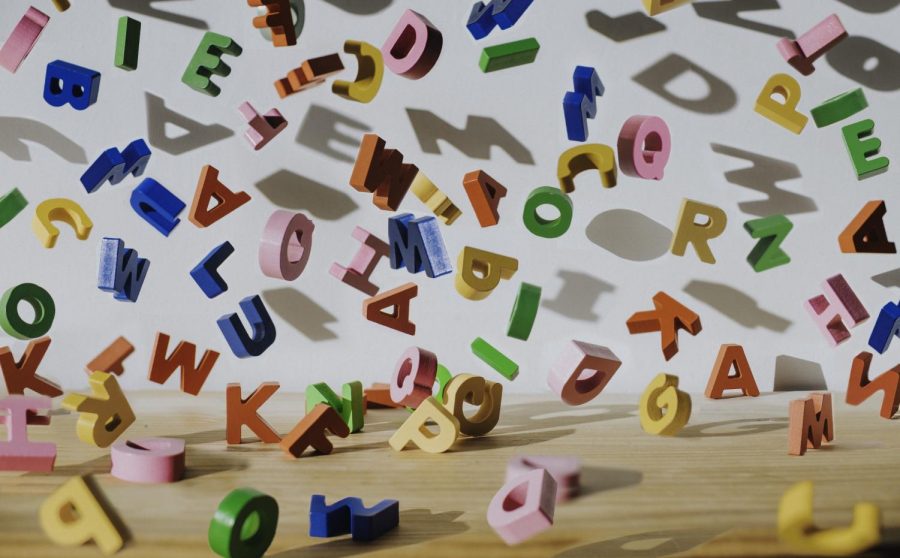 Note to readers: I’ve written this particular blog post, giving credence to the top words of the year, thrice now. This was perhaps the heaviest and hardest of them to write, with 2020 relentless in its crises and nightmares come to life. As we start a new year, I don’t wish for us to forget the exhaustion, chaos, and heartbreak, but embrace it, learn from it, and work past it. Though this post may remind you of everything that went wrong, I hope that you also see what went right – Americans coming together to combat a pandemic, fight for racial justice, elect a new president, support wildfire victims, launch a revolutionary spacecraft, and so much more.
10. Synchronous 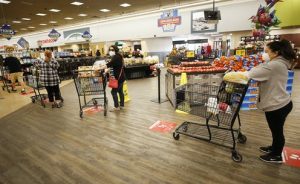 9. Space-X
An American aerospace manufacturer and space transportation services company, founded by Elon Musk. For the first time, NASA astronauts were launched by a commercially-built and operated spacecraft. This revolutionary collaboration between NASA and Space-X sent humans to the International Space Station with Space-X technology and will serve as a significant step for plans of human exploration on the Moon and Mars. 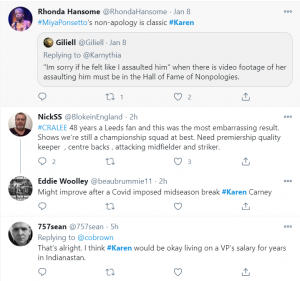 8. Karen
A pejorative for women expressing their entitlement in less-than-normal ways. The origin of ‘Karen’ can be traced back to an incident in May, where a White woman was filmed calling 911 on a Black birdwatcher, under the false pretext that he was threatening her. In reality, he had asked her to leash her dog, a requirement for the area in which the incident took place. The woman refused. Since then ‘Karens’ have taken Twitter by storm, as similar incidents have been shared with communities coming together to confirm that one deserves the pejorative. 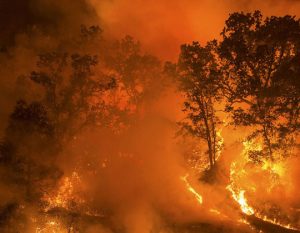 7. Wildfire
A large fire that spreads quickly over substantial areas of land. The 2020 California wildfire season constituted 9,639 fires burning 4,177,856 acres, making it the largest wildfire season in California’s modern history. The damage was monumental and more than 30 lives were claimed by the wildfires.

(or Google Meet or Blackboard Collaborate). A platform used to connect individuals virtually, serving as a ‘room’ for discussions, conferences, classes, parties, and other gatherings. The use of these platforms has increased exponentially in the past year, with increased regulations and safety procedures amidst the pandemic. Companies have made use of these platforms to continue with meetings, even as employees work from home. Friends and families have had held virtual parties and game nights in hopes of achieving some semblance of normal. FCPS students have made use of Blackboard Collaborate, as well as Google Meet as the mandate for distance learning continues. All in all, it’s become fairly common to simply hop on Zoom to meet friends, rather than meeting in person.

5. Election
An organized vote for individuals to assume a position in official office. The 2020 elections were some of the most anticipated and controversial elections in history. Both presidential candidates, Donald Trump and Joe Biden, individually saw record-br 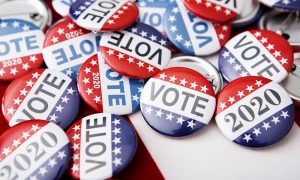 eaking voter turnout and their polarizing views were a source of intense debate across the nation. The House and Senate elections were also on center stage as both parties hoped to turn seats.

4. Essential
(workers). Those individuals who are committed to continuing necessary in-person work, as the pandemic persists. Including health care workers, teachers, postal service workers, and food and agriculture workers,these individuals have been some of the respected of the past year. As many continue to risk their lives in the face of COVID-19, 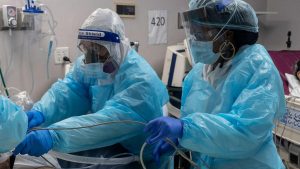 When individuals come together to work towards a common goal. The cooperation that scientists across the globe showed in analyzing the virus and developing a vaccine for COVID-19 was unprecedented. Never before, to this extent, had scientists poured their research together to address a problem, especially scientists from different nations. The speed at which both knowledge and a vaccine has become available can be credited to the cooperation of these scientists. 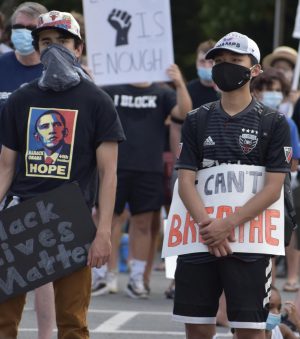 2. BLM
Black Lives Matter (BLM). This social justice movement protested incidents of racially-motivated violence against Black people, specifically by the police. Some called for the defunding of the police in light of specific police violence. Bringing together approximately 63% of Americans, the movement may be the largest in American history. Social media support for #BLM was significant as well. Many Jefferson students also attended BLM protests in Virginia.

1. Pandemic
The outbreak of coronavirus, affecting the everyday lives of countless individuals. In March, the World Health Organization officially declared COVID-19 as a pandemic, leading to drastic changes in the lives of Americans. Our new normal consisted of bleary eyes at the end of a virtual workday, hurried grocery trips, canceled vacations, masked faces, families living apart, and the death of many. But with as much exhaustion, chaos, and heartbreak that this pandemic has caused, the Jefferson community has shown commendable perseverance and determination to continue to support each other, as well as help those in need during these trying times.