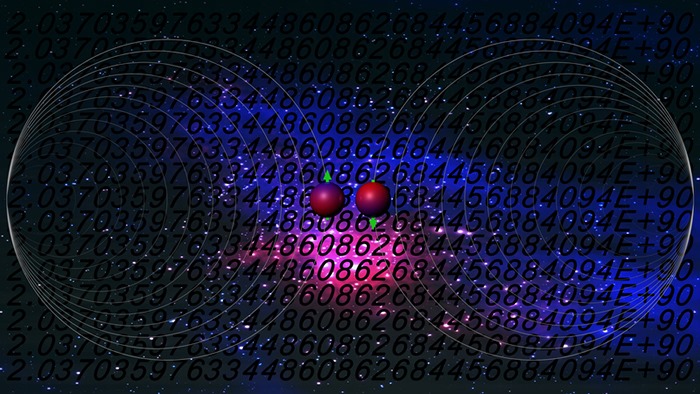 Quantum computing is an emerging field which presents an alternative to traditional computing. The recently founded Quantum Computing club hopes to educate students about this new field. “It's a developing area of study, and it has a lot of promises for the future of humans; it has a lot of really cool applications,” junior Mikhail Mints said.

The Quantum Computing Club– a new math and computer-related club– hosted its first meeting on Wednesday, Dec. 16.
Founded by juniors Mikhail Mints, Eleanor Kim, and Cristian Clewis, the club aims to bring attention to the developing area of study of quantum computing.

“This is a club where we discuss concepts about quantum computing, and where we have activities related to it like lectures, problem sets and discussions,” Mints said. “Programming a quantum computer requires a different kind of mindset to understand what is happening. For example, you’re not using bits– you’re using qubits.”

Initially, the trio came together through the common idea of creating this club. Together, they hoped that, through this club, they could foster students’ interests in quantum computing. Although quantum computing is an emerging area of study, students can dig deeper into it through joining the club.

“It’s not necessarily related to normal coding languages– normal like Java or Python. This [quantum computing] is a lot deeper than that,” sophomore Saloni Shah said. “I was leaning towards joining future meetings before I even joined this first one. Going to this [meeting] really cemented that. It seems pretty interesting and fun.”

Mints was pleasantly surprised by how rapidly the signup spots filled up– all 28 spots filled up before Wednesday. He expressed his excitement to host future meeting’s and interact with students.

“I was pretty surprised actually. I didn’t really know that people were that interested in this sort of thing,” Mints said. “I want to just make club meetings more engaging and interesting.”

Throughout the meeting, Mints went over complex numbers and basic linear algebra. Additionally, he also went over the club’s goals and future lecture topics.

“What I saw in the first meeting was interesting to me, so it would be good to go back,” freshman Brij Bhaghat said. “It was a recap, but I forgot a lot. So, it was good.”

However, the process to become an official Jefferson club is not an easy one. Because of the prolonged application process, the club was only approved recently.

“We started as soon as school started– the first day of school. Several weeks after that, we sent in all the forums. After that, we were just waiting,” Mints said. “It was approved in the beginning of December, so it was a really long time.”

After Wednesday’s wildly successful interest meeting, the team of juniors is ready to tackle a new year of lectures and problem sets.