Fostering fairness and forwarding the facts 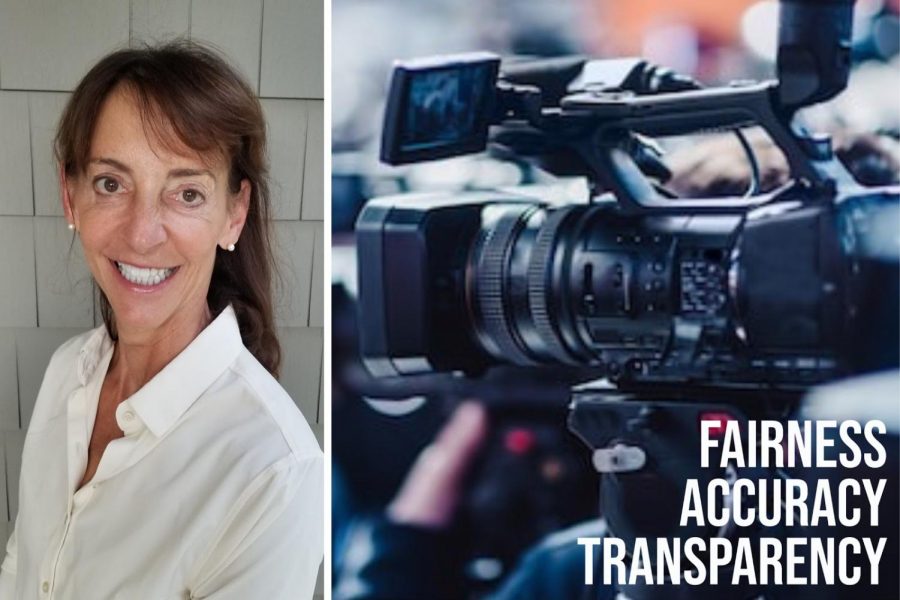 NBC Director of Standards Robin Gradison in 2020. “Standards are the most important part of any broadcast operation, because they set the bar for fairness, accuracy, and transparency,” Gradison said.

COVID cases, post-election politics, social justice, and so many other current events have consumed mass media this year. With the constant uncertainty of 2020, media standards have never been more relevant. NBC Director of News Standards Robin Gradison is part of a team that is responsible for upholding standards for one of the nation’s most respected news outlets. In her role, she ensures fairness, accuracy and transparency in what NBC broadcasts to the public.

“Standards are the most important part of any broadcast operation,” Gradison said, “because they set the bar for fairness, accuracy and transparency.”

Misinformation, if not corrected, can lead to uninformed decision making and bias. One of the biggest contributors to misinformation is social media. This is due to the open forum of social media platforms, which only recently have begun policing themselves in an effort to mitigate the widespread circulation of rumors or speculation about national issues. Mainstream media outlets, like NBC News, have practiced safeguards for years to maintain their high level of objectivity in order to preserve the integrity of journalism and protect the public’s trust. For instance, part of Gradison’s responsibility is to ensure the network does not repeat anything on social media without doing their own reporting.

“We check every fact that appears on social media. We would never just take a tweet and repeat it on the air without doing our own research,” Gradison said.

On a typical day, Gradison wakes up before sunrise to read what other news outlets are reporting, check social media posts, and listen to podcasts, including what her own network correspondents are writing to establish a broad perspective on any subject. NBC standards require multiple levels of verification before anything is broadcasted. For instance, NBC has a high bar for witness accounts for news stories.

“We always have at least two sources for any story we deal with. Or, one source on the record of a person who was in the room who would know who was speaking with some authority, and who’s willing to give their name,” Gradison said.

The challenges she faces on a day-to-day basis range from catching very small grammatical errors in live broadcasting scripts to the larger issues of putting a story into context through fact-checking and editing. Another responsibility Gradison has is getting to the most important news items of the day first.

“I think the hardest part, honestly, is prioritizing which story is going to come up first and getting that done in a timely fashion,” Gradison said.

It is a common stereotype that young people are gullible, believing everything they see on the news or online. However, Gradison gives young people credit for having a level of skepticism.

“I think because young people have been raised with just a barrage of information coming at you, [they] are probably a little more sophisticated about what’s real and what’s not real,” Gradison said.

Gradison emphasizes that it’s never too early to learn how to remain unbiased until you’ve verified all the facts. She recognizes this is even more challenging than ever before because anyone on the Internet has access to a platform and their own opinions.

“It’s really important that high school students learn to be media literate at a young age. Everyone has an axe to grind in [their] lives,” Gradison said. “It’s important that you know what perspective they’re coming from when you make decisions about whether what you read or hear is accurate.”