“The Great British Bake Off” returns with sweet eleventh season 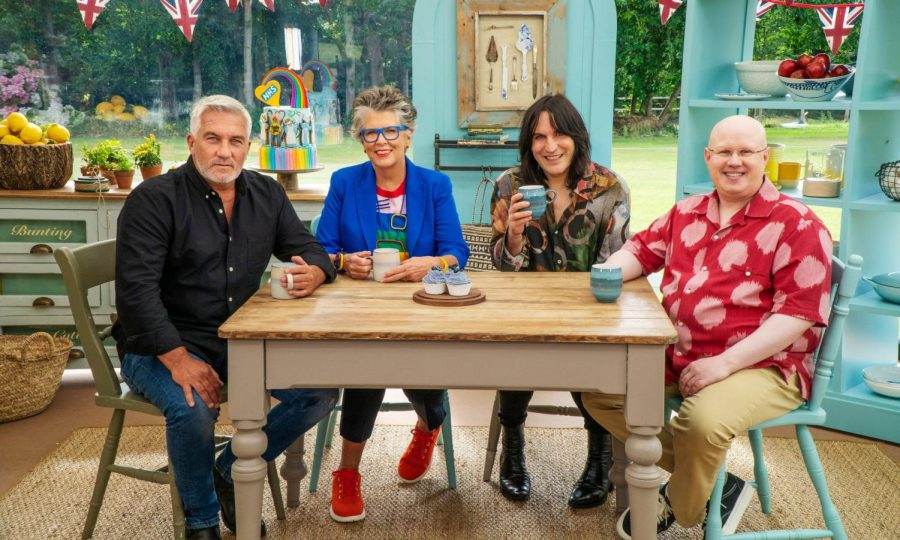 From left to right, Paul Hollywood, Prue Leith, Noel Fielding and Matt Lucas, the judges and presenters of season 11 of “The Great British Bake Off.”

Every fall, there comes a new season of the beloved baking television show, “The Great British Bake Off.” A cult classic, the show features judges Paul Hollywood and Prue Leith and comedians Noel Fielding and Matt Lucas, and its lighthearted, heartwarming comedy has made it a fan favorite. Each season, twelve amateur bakers are selected from around Great Britain. They compete over the course of ten episodes, with one person eliminated in each until the final, where the Bake Off champion is chosen from the three remaining bakers.

This season has everything fans have come to expect from the show. Its episodes have themes such as 80’s and Japanese week, as well as more familiar ones, like bread and chocolate week. Bakers also had to create a variety of foods, from rainbow bagels to mini cheesecakes.

With its fallen bakes and melted ice cream cakes, the show has managed to produce a season viewers loved while still maintaining social distancing procedures. Bakers were quarantined in individual bubbles during the competitions, and instead of a large party at the final with all the past bakers, family and friends, the winner of the Bake Off was announced only to the remaining three bakers and the show’s crew.

My favorite episode was episode 5, which covered pastry week. For their showstopper challenge, the bakers had to create a tart hidden within a pastry cage, and it was incredible to see their creative final products.

Whether you’re worrying about an upcoming test or stressed about a challenging situation, “The Great British Bake Off” is the type of feel-good TV that anyone of all ages can enjoy. Eight seasons, including this one, are available on Netflix.