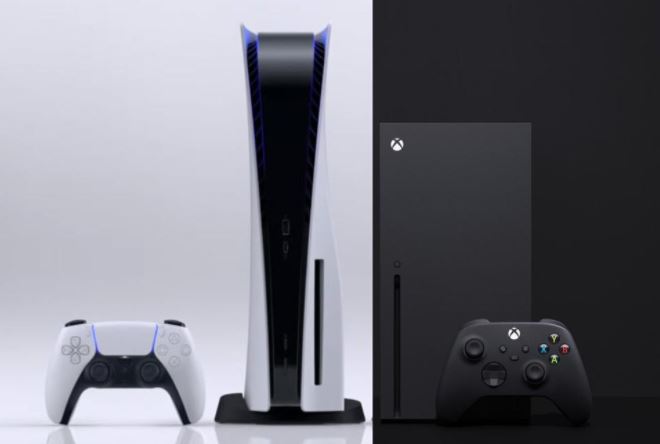 Both Microsoft and Sony released their long anticipated consoles this month.

After a seven year wait, Sony’s PlayStation 5 and Microsoft’s Xbox Series X have both been released. The question on everyone’s mind is is how the two compare. The major selling points of each console are their cost, size, games, and power.

The first difference and similarity is the cost. Both the PS5 and the Series X cost an expensive $499. Console power is very important as well. As we enter the next generation of consoles, graphics, frame rates, and loading times are incredibly important factors when deciding which type of console is superior. Both the Series X and the PS5 are capable of 120 frames per second, 4k quality, as well as ray tracing. What all of this means is that games will look and play better than ever before. Both consoles have incredibly improved loading times as well. Without going into all the technical jargon, the competition here appears to be quite even.

A major selling point of each console is their size. If a console is too large and bulky, it can be inconvenient or impossible to store in some places. The Series X is 28 inches smaller than the PS5 and weighs almost a pound less. This means Series X can be used in places where the PS5 simply cannot fit in.

Possible the most important factor is the games. Both consoles have a variety of games that can only be played on their specific brand. The PS5 has access to the new Demon Souls, the new Spiderman, Gran Turismo, and many more to come. The new Forza games, State of Decay, Halo Infinite when it is released, and many other exclusives that come post launch can all only be played on Xbox. In my opinion, the PS5 has access to much more impressive and entertaining games such as Marvel’s Spiderman: Miles Morales.

However, the Series X makes up for the PS5’s quality with its quantity. The new Xbox has Game Pass, an expansive subscription based service that allows you to play over 200 games for free. The Xbox Series X also boasts an impressive amount of older games. I enjoy having access to a large library of games, so I believe that the Xbox outperforms the PS5 here due to the sheer quantity of titles that are available to play.

The new Xbox ties with or outperforms the PS5 in every category. It is the same price, just as powerful, smaller, and has more games. I would highly recommend purchasing an Xbox over the new PlayStation. The Series X is a powerhouse that is still smaller than its competitors and is the superior console this generation.