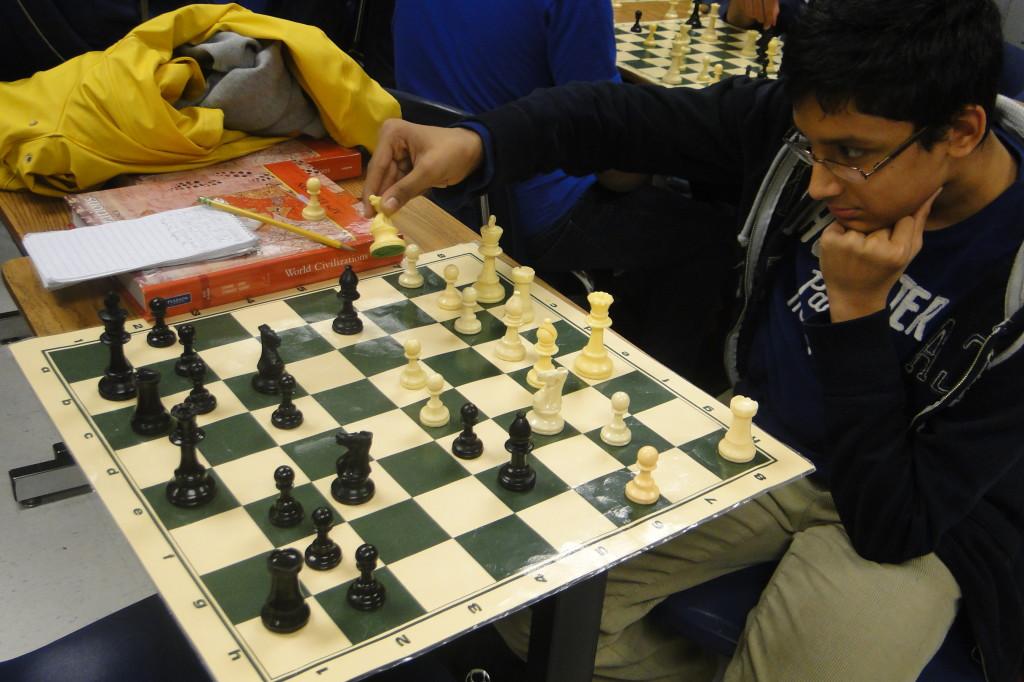 Forty or so students are waiting in Rooms 209 and 210, noisily talking while huddled around a few of all the desks every Friday during eighth period B Block.  But after the chess boards and pieces come, everyone quickly takes sets and quietly engage in an intellectual game of war.  This is Jefferson’s Chess Club, an talented group who meet here every week to exercise their brains.

For two years, Chess Club has been sponsored by Computer Systems lab director Peter Gabor, and before him, former math teacher Phil Ero. According to Gabor, the club has taken the state championship for more than 10 years and has been a major contender in the national tournament. Last year, the team placed third.  However, even though some students are extremely good, there are many less skilled students that go on Fridays just to have fun.

“Chess club is a gathering of intellectuals playing a game of war.  I like it because it utilizes hard thinking to win an intricate game,” freshman Yinglun Ma said.