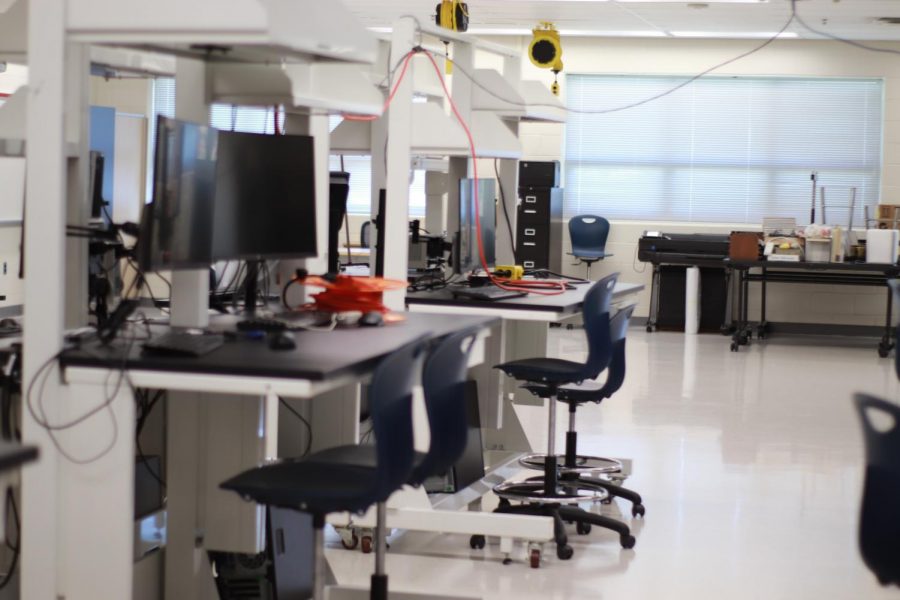 On Friday, Nov. 6, juniors chose up to four labs to visit out of the 12 available and visited them virtually during eighth periods and after school. "Overall, since the lab visits were catered to juniors, they felt more informative and concrete than last year, and since i'd already made my decision they were more than adequate, but lacking the in-person looking around was definitely a drawback compared to last year." Junior Liam West said.

“I feel like it is definitely kind of different because we aren’t there to actually see the lab equipment even though previous times I have done lab visits the lab equipment is physically there,” junior Claire Wilson said. “It did feel a little different but the fact that we weren’t there to see the labs wasn’t my biggest concern, my biggest concern would be if we’re still virtual next year how we’re actually going to do our projects.”

Wilson visited the biotechnology and life sciences lab, chemical analysis lab, and the nanochemistry lab. She, along with fellow juniors Jason Yi and Liam West, had already known what their interests were and weren’t affected by the potential move to virtual research labs.

“I already had an interest in all of [the labs],” Yi said. “I was surprised by the Energy Systems lab because although I was interested in it, it was still behind my other two choices. Seeing the past projects though was really fun and definitely changed my opinion about the lab for the better.”

Although it was quite different than previous lab visits that they had experienced in the past, there were some unique benefits to having a virtual lab experience.

“The tour around energy systems being virtual helped prevent crowding, and it was much easier to see all different parts of the lab. There was also a high quality powerpoint for both energy and quantum that helped illustrate what the lab would be like. For robo and quantum, we did not get to see the inside of the lab, which is not optimal. I’d kinda like to know what the place I’d be working in would look like. I still would rank them in the same order, but it definitely gave me more confidence that whichever lab I ended up in would be fun.” West said.

Since much is still unknown about what next year will hold and how research projects will be carried out, many remain hopeful that we will back to our in-person classrooms by the start of the next school year.

“Everyone is discussing the labs as if we are going to go back in,” Wilson said. “I feel like even though teachers might not want to go back in right now, they’re still optimistic that we will go back in eventually. I’m hoping [they’ll be] allowing us to actually do the labs assuming we are allowed to be in close proximity with equipment and one another.”