Are students spending too much time on electronics due to virtual learning? 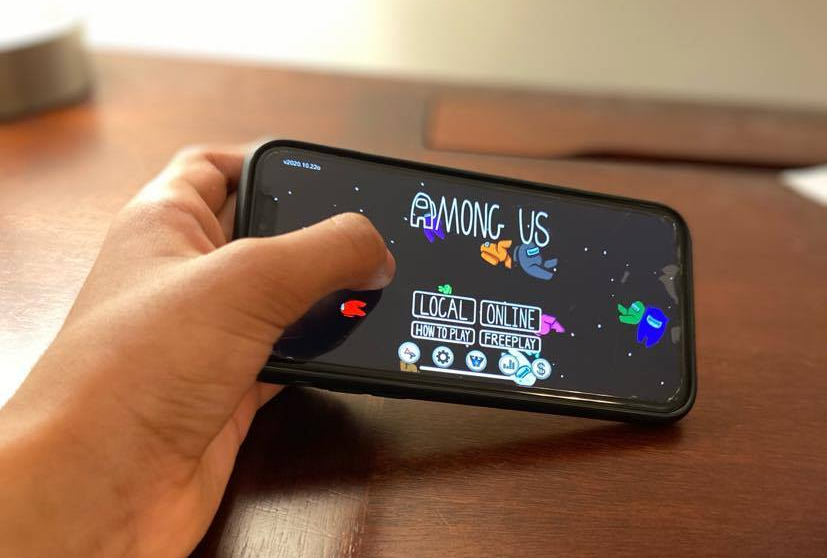 Among Us is one of the many phone games Jefferson students play.

Because of virtual schooling, students are spending more and more time sitting in front of a screen. What’s an optician’s dream is a parent’s nightmare; after years of regulating screen time, parents cannot stop their children from doing homework or attending school.

According to freshman Medha Ghattu, this is definitely an issue as students still need some time to wind down and talk with friends, but online school keeps them on screens for many more hours.

“Well, I think most of us are already addicted to our screens and then adding online time for extra work we do online,” Ghattu said. “It just messes with our heads a lot, maybe that’s why it matters so much. We can’t really avoid online school.”

“I think that’s enormous for any student, especially because likely for many of us we’re in our seats, on our bed, on a couch or whatever it may be, we’re sitting down, so we’re not really actively engaging during class time, and I remember during school what would typically happen is you walk around during classes, in between classes, you’ll walk around during lunchtime, or after school. And so there’s a period to actually stay active,” Nguyen said.

As such a large part of this issue is online schooling, what are some solutions? Sophomore Shahzad Sohail uses multiple methods to ease his eyes.

“I go outside a lot more so that I don’t have access to a screen like going on walks or playing outside,” Sohail says. “I like to print out assignments and then write in answers instead of keeping it online and then just typing it in afterward.”

“I think a strong recommendation is that you need time outside, no matter who you are, having only exposure to indoor lights is very dangerous. Just being outside gives some kind of vibe and tone to your mood that really can boost your energy and your mental health.,” Nguyen said. “Just taking a walk outside can help my physical and mental health as well as reduce eye strain.”

Sohail thinks there are some steps teachers can take to help reduce the time students spend on a screen.

“I mean, the teachers’ abilities only go to a certain level, right? They can’t control stuff outside of school. So the only thing they can control is classes and like, what we do during them,” Sohail said. “So I think the best thing for them to do is just have us look at screens less, and just give assignments that are written down instead.”