Aespa, the first ever virtual K-pop group to debut 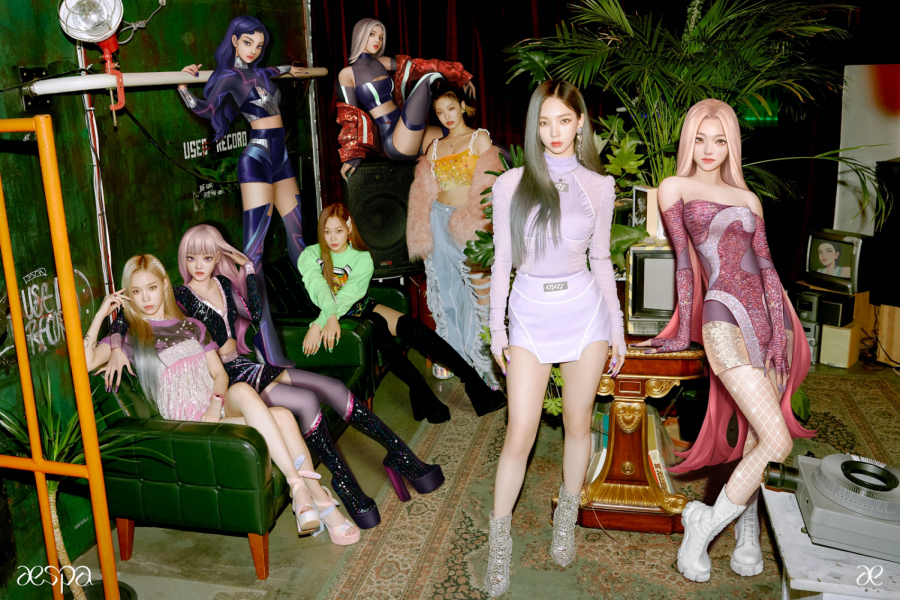 When SM Entertainment, one of the most renowned K-pop entertainment companies, announced their plans for a new girl group in 2020, fans were startled and excited at the same time. This new group is Aespa, which is the combination of “æ,” which means Avatar Experience, and the word, “aspect.” Aespa is a group of eight members, with four virtual members to complement each real-world member. The four real-world members are Karina, Giselle, Winter, and NingNing. Their corresponding æ, or virtual, members are aeKARINA, aeGISELLE, aeWINTER, and aeNINGNING. Aespa is planning to debut on November 17, 2020.

The purpose of Aespa is to let fans interact with the virtual members through online meetings giving them the opportunity to have a more personal connection with K-pop stars. The human members will promote their songs in offline events such as concerts and fan meetings, while a special virtual event not yet revealed will be arranged for the virtual members to interact with their fans via the Internet.

Despite the good intentions of the group, Aespa is receiving lots of backlash even before its debut. K-pop fans are unhappy about the fact that the æ members portray unrealistic body types. The members’ extremely thin waists and extra long legs are receiving hate from the majority of fans. The K-pop industry is already notorious for its strict diets and “perfectly skinny” idol body restrictions, but with the addition of these æ members, fans believe that this reflects an unhealthy body image for future Aespa fans to aspire to meet.

The dehumanisation of K-pop idols is also a big part of the hate towards Aespa. K-pop fans believe that the industry considers its idols to be equivalents of robots or dolls. As the K-pop industry has already been under fire for overworking and underpaying their idols, by creating virtual members, K-pop fans believe idols will be portrayed as even more robotic and doll-like than they already were.

Freshman Ruthika Mamidi, an avid K-pop fan, believes that with the debut of Aespa, the K-pop industry will be reinforcing the standards that K-pop idols should be animated and perfect. Despite the fact that the virtual aspect tries to ease reaching out to fans on a virtual platform, Mamidi believes that an interaction with a robot will never equate human interaction.

“Interacting with a robot online is never going to be the same as interacting with an actual person you look up to. They (robots) don’t have emotions and they can’t come up with their own ideas and interactions. I don’t think it would work,” Mamidi said.

However, nothing like Aespa has ever existed before in the K-pop industry.

“So far, I think, fans have not really liked the concept of the group,” Mamidi said. “Because other idols have worked so hard to make their image different, and increase individuality, I feel like this day in age, with robotic idols, it’s not going to work because people don’t like that perfect image anymore.”