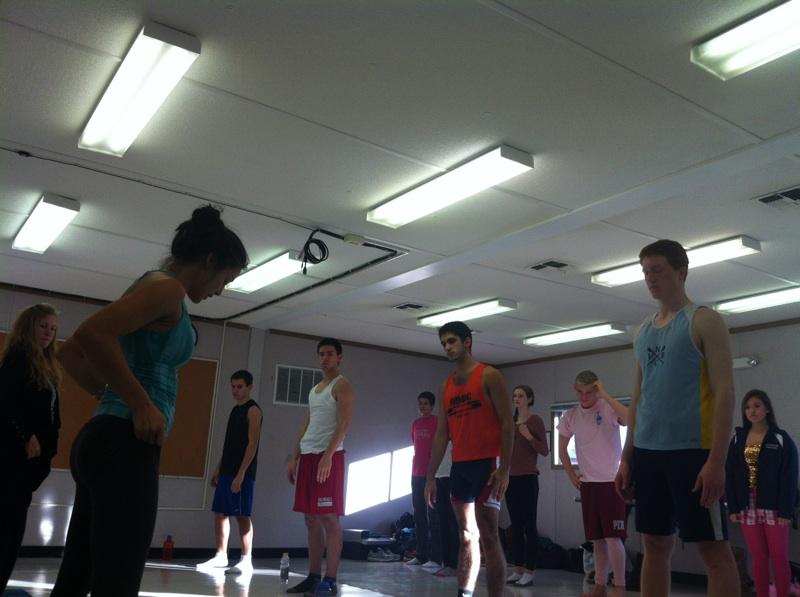 “Breathe in, breathe out,” was a constant refrain throughout a special yoga session held by the Active Minds Club during B-block on Dec.14. The event was part of a series of eighth period events sponsored during Mental Wellness Week.

Leading the session were two instructors, Lauren Anderson and Heather Hogaman. Anderson is the co-founder of the Josh Anderson foundation, which advocates teen mental health.

The attending students learned a variety of poses such as the goddess pose, sun salutation, warrior 2 and crescent lunge. Breathing was also a major focus as attendees were led through different breathing patterns for each of the poses.

“Yoga is a fantastic way to de-stress and relax after a long day,” said school psychologist Gregory Myers, who is the sponsor of Active Minds. “Yoga connects you with your body, centers you and reminds you of good breathing.”