While the Pledge of Allegiance should continue to be recited during virtual and in-person schooling, the words “under God” should be taken out 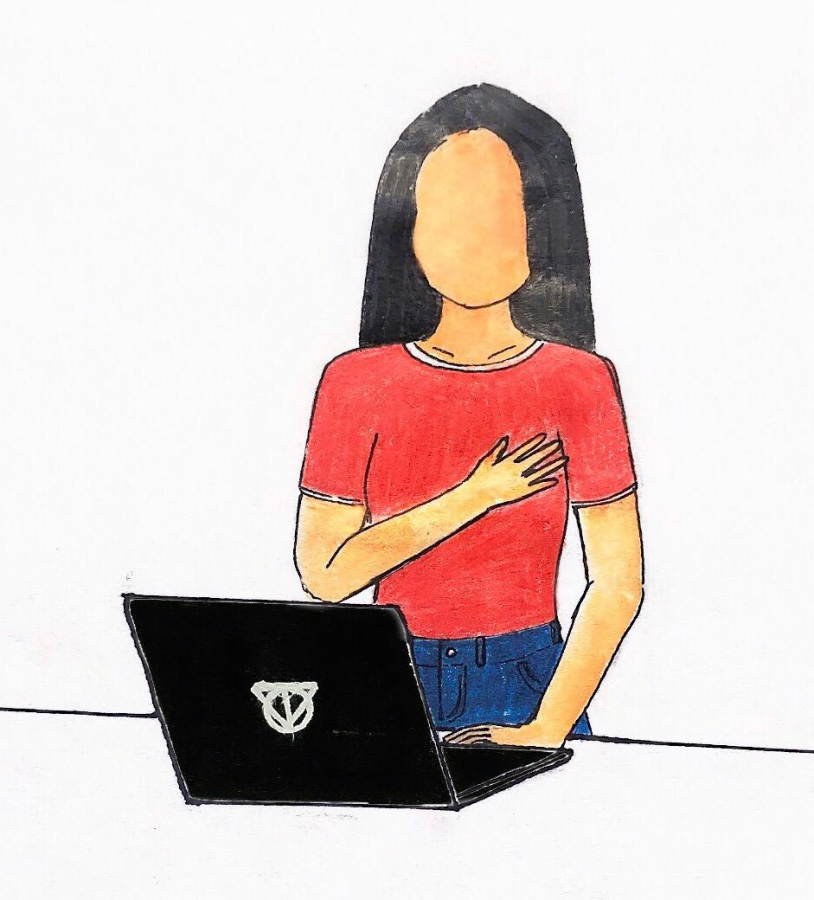 The virtual school year calls into question the need to recite the Pledge of Allegiance.

13 stripes, 50 stars, one nation–“under God”. The Pledge of Allegiance first appeared in a magazine in 1892 in honor of the 400th anniversary of the discovery of America. The Pledge was officially accepted by the United States (U.S.) in 1942, and though muddled at first, in 1943 the Supreme Court stated that students cannot be forced to say the Pledge of Allegiance because it would be a violation of the First Amendment. Though more specific laws may vary by state, Virginia laws supply that while each school must recite the Pledge daily, students do not have to participate.

With virtual schooling, it is brought into question whether the Pledge should continue to be recited online daily, or even at all when we return in-person. While the original intent of the Pledge was to commemorate America’s discovery, the meaning has shifted to instill a sense of patriotism and connection between immigrants and the U.S. Because of this and the introduction of patriotism instilled in students who may not have much exposure to more concrete patriotic acts, the Pledge should be said every morning; however, it should not be mandatory of any staff member or student. Moreover, choosing not to recite it for reasons including protest against social injustice should not be taken as an act of disrespect, especially because there are many other ways of upholding patriotism. The Pledge should continue to be recited during the e-school year because of the attempt towards in-person ‘normalcy’ it brings.

In keeping with the connection that the Pledge carries in uniting all backgrounds, the words “under God”, added by President Dwight D. Eisenhower in 1954, should be taken out. Eisenhower fell in support of adding the two words after attending one of Reverend George Docherty’s services, who thought acceptance of Christianity is vital to an ideal American life. In addition to ignoring the diversity of religious beliefs present in the U.S., the inclusion of such violates the separation of church and state. Though the Supreme Court never ended up ruling on the constitutionality of this phrase, the Supreme Judicial Court of Massachusetts ruled that the Pledge is not discriminatory towards atheists. While the nation stands as one, “under God” continuously poses as a divide between the people. 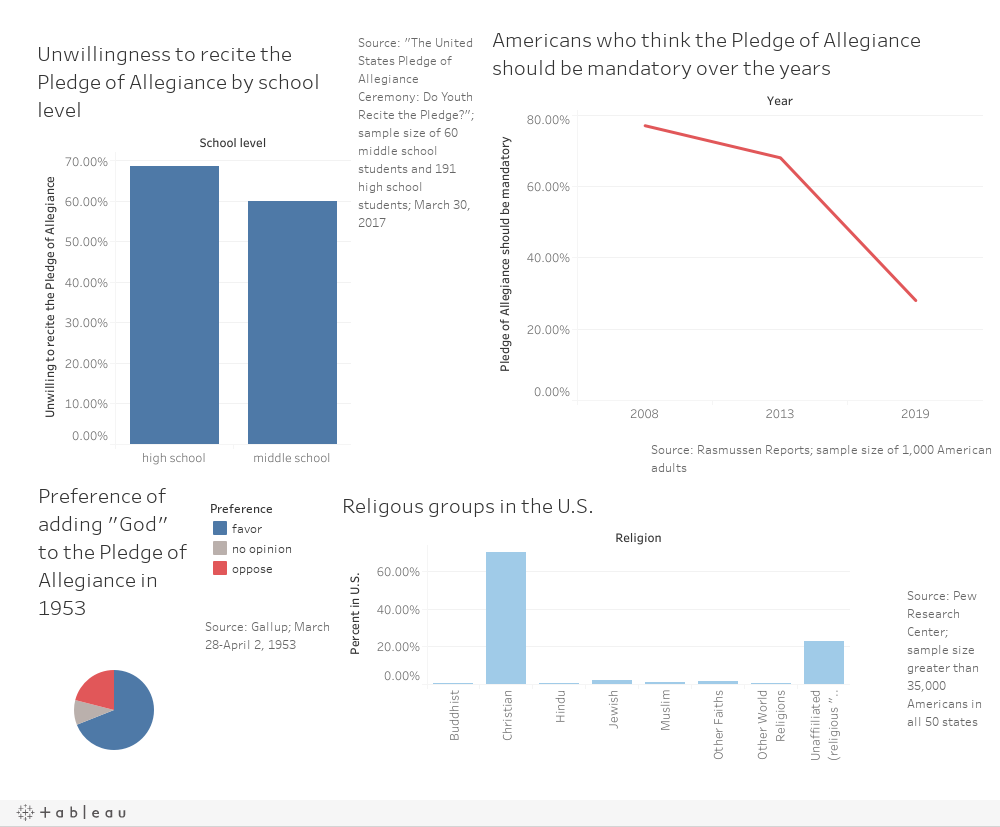