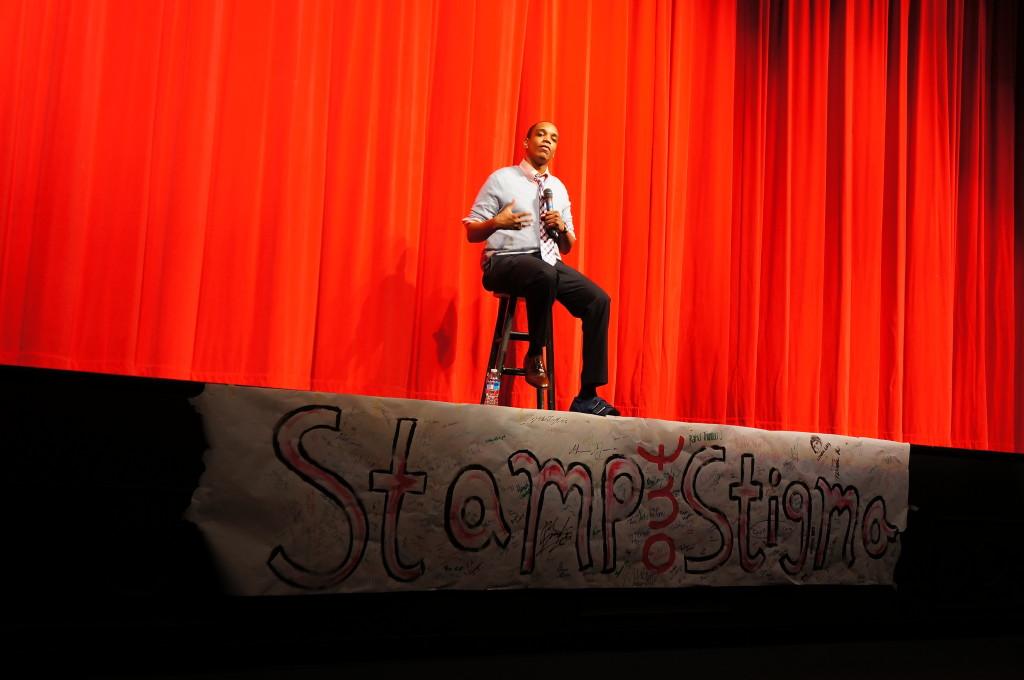 “I felt like I was going to school with a mask on my face – fake smile, fake laugh, surrounded by fake people.” Jordan Burnham’s powerful voice rang through the auditorium, washing over a spellbound audience of over 400 Jefferson students and staff members. His raw, powerful story of falling and getting back up again gripped the audience from his first word to the last.

Burnham was invited to speak at Jefferson on Dec. 12 during eighth period. Originally from Pittsburg, Burnham was a star athlete and popular student at Upper Merion High School. Despite his accomplishments in school, he struggled with mounting pressure from all sides: to fit in with his classmates, to live up to expectations of his parents and to follow in his successful sister’s footsteps.

At the age of 16, Burnham was diagnosed with depression, but he had a difficult time coming to terms with his condition.

When he was a senior in Sept. 2007, Burnham’s pent-up internal struggles finally erupted when he attempted suicide by jumping out of his 9-story bedroom window. Burnham suffered severe damage from the 90-foot fall. He broke countless bones in his body and was given only a slim chance for survival. But he miraculously lived to tell the tale.

“It’s so sad that it had to get to that point,” Burnham said. “There are so many great opportunities that I can never get back because of the repercussions of my decision.”

Within months after the tragedy, Burnham decided to share his story with the public. The Philadelphia Inquirer published a front-page story on his experience.

“I wanted people to touch the words I didn’t have the voice to say,” Burnham said.

Today, Burnham is a member of the speaker’s bureau for Active Minds, a national organization and proponent for mental health awareness. Now in his fifth year as a public speaker, Burnham, 23, addresses schools all across the nation. He urges students to break down communication barriers surrounding mental issues and to seek help even when they don’t think they need it.

“I’ve been able to view this sad, tragic event in a positive light,” Burnham said. “It’s remarkable to see the impact I can have on others, to be able to reach out and touch so many people and even to be able to save lives.”

Students participated in various activities to promote awareness of mental health, such as signing the “Stamp out Stigma” banner in the auditorium. On Monday, students turned their clothing inside-out and wore stickers proclaiming their support for turning stigmas inside-out.

“Our theme is to reduce the stigma surrounding mental illnesses,” said Greg Myers, school psychologist and sponsor of the Active Minds club. “We need to lift the veil of secrecy surrounding conditions like anxiety, depression and suicide, because people need to know that it’s OK to talk to and get support from others.”