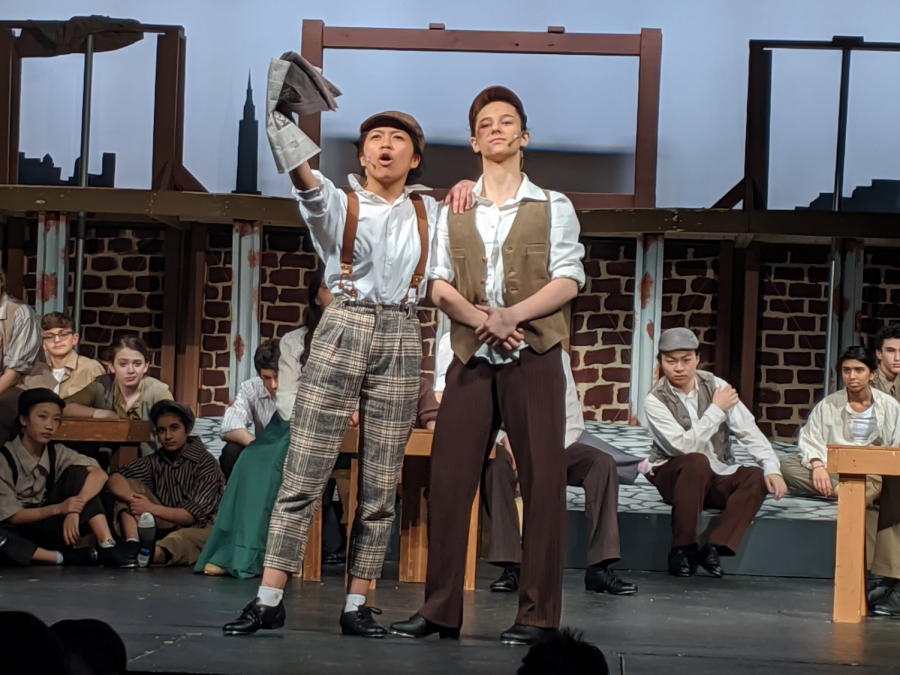 We have all lost a cherished activity due to the protective social distancing measures enacted during the COVID-19 pandemic, but most school-based activities can be conducted online with slight adaptations. However, there is one department that simply cannot host the event they have every year since their inception: TJ Theater Arts (TJTA), who will not be performing a fall play during the 2020-21 school year.

“It was definitely disappointing when it happened, even if we knew that was kind of going to be the reality,” senior Josh Malley said. Malley is the historian of the Jefferson chapter of the International Thespian Society (ITS), a national honor society for high school theater students.

At the end of the 2019-20 school year, TJTA put together a live performance of their annual blackbox production, Eurydice, on Zoom. Although the show was technically a success, it did not meet the standards students had in mind based on in-person productions.

“Part of the process was figuring out whether we wanted to throw [the fall play] out completely, [or] do a tech run through at home, [by having] people design sets and work on sound, so it would just be the process with no product,” Malley said. “We figured that’s not entirely true to the drama environment. It’s not why people come.”

Although they can’t put on a fall show, TJTA participants have found another way to show their acting and production talents through the already popular format of podcasts.

“[The podcast series] is a radio drama kind of thing where it’s basically a fictional story, but it’s just audio,” junior Leydi Cris Cobo Cordon, vice president of the ITS, said. “There’s three teams. Each team is going to have one podcast. There’s a director for each team. There’s a team of writers that will write the episodes, a team of actors… and a team of technicians who will do either editing and recording and sound [or] stage management.”

Students who might audition for an acting role in the fall play can put their voice acting skills to the test on the podcasts, which will vary in genre, but the transition will not be so easy for students who might manage stage lighting or props.

“A lot of technicians, especially props, costumes, hair and makeup, don’t have the same kind of outlet with the shows we’re doing, but we have sound designers and stage managers,” senior Jenalyn Dizon, president of ITS, said.

“Stage managers are helping communicate between all the different sections of a team… writers, actors, and technicians,” Cobo Cordon said. “They’re sending out rehearsal reports and making sure people know when they have to meet, when deadlines are… just keeping us organized.”

During “normal” years, students at high schools, including Jefferson, in the Washington, DC metropolitan area write reviews of other high school’s plays and musicals throughout the year, culminating in an end-of-year awards ceremony called the Cappies. Although student critics can still write reviews, the Cappies system will not give an award to the best show, female vocalist, or ensemble in a play.

“Every month schools have the option to submit,  some type of video or recording… it could be singing, dancing, a skit… Then our critics can watch them, review them, and submit them. Those all have the chance to get published,” Dizon said. “But there is no voting this year, and there’s no Gala, because not every school has the same criteria to vote on.”

TJTA students believe that even with all the changes that come from writing, performing, and editing stories in a virtual environment, the department’s sense of community will remain as strong as ever.

“This is so cheesy, but [TJTA students’] love for the department, and for the art, has definitely not changed,” Dizon said. “That’s shown by how much interest we had in the podcast and how excited everybody is to be doing new things.”