“The Lighthouse”: A spellbinding modern myth 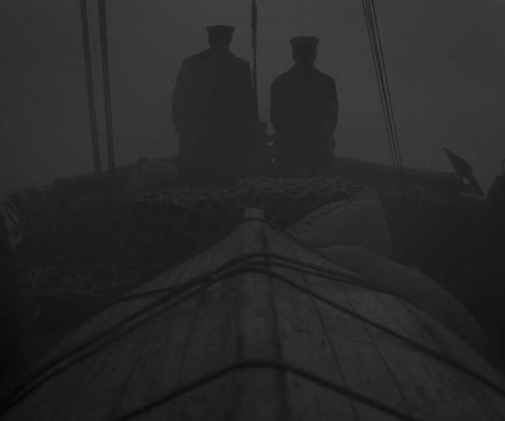 “The Lighthouse” is a perfect maelstrom of sexual frustration and toxic masculinity; one that creeps its way into your psyche with a world so atmospheric and immersive that it creates a new modern myth. In what might be the best year of the decade for movies, “The Lighthouse” is probably the best film of 2019, even with the competition of powerhouses like “Parasite” and “Portrait of a Lady on Fire”. This film displays the kind of mastery that you have to see to believe, and is almost the greatest argument against the tired truism that “movies are getting worse.” No, they are not, and this is why.

The film follows two lighthouse keepers, Thomas Wake and Ephraim Winslow, as they descend into madness on an isolated island off the coast of Maine. While the premise for the film is simple enough, it is elevated by some truly mesmerizing presentation. “The Lighthouse” boasts some of the best visuals of any movie I’ve ever seen, with gorgeous black and white cinematography and a 1.19:1 aspect ratio which serves the double purpose of enhancing the claustrophobic conditions of the main characters and highlighting the verticality of the titular lighthouse.

The composition of the movie is good enough that you could easily watch it without sound and you’d still be able to tell what’s happening. The frame always highlights the power dynamics of Wake and Winslow, and the camera is usually still enough that brief moments of wild camera movement highlight the energy of any particular scene. The editing is also fantastic, consistently ramping up the pacing and creating logical connections between certain events. The sound design was also impeccable, enhancing the already oppressive atmosphere with the sounds of the ocean, storms, and machines.

No matter how impressive the technical aspects of a film are, the script and acting have to be serviceable at least to be worth seeing, and like everything else, “The Lighthouse” blows it out of the water. The script is genius, with meticulous detail put into every line of its near-Shakespearean dialogue, which is so historically accurate that it can be incomprehensible if you don’t pay attention.

The film also sports many fantastic monologues, which are delivered perfectly by Robert Pattinson and Willem Dafoe, who both give career-defining performances. Pattinson, playing Winslow, has completely proven himself as an actor after his abysmal performance in the “Twilight” franchise, conveying a nuanced, vulnerable, descent into madness driven both by his strange sexual fantasies and the harassment of his fellow wickie (i.e., lighthouse keeper). Speaking of which, Willem Dafoe probably gives the best male performance of the year as Thomas Wake, a borderline parody-level seaman, who perfectly walks the line between hilarious and terrifying at all times. There are points in Dafoe’s performance that are so transcendent that you almost forget that he’s human, with one particular scene where his character delivers a sea curse being one of the stand-out moments of the entire film.

“The Lighthouse” is hypnotic and ambitious, creating a timeless story that I could probably rewatch a thousand times and never get bored with. It’s the kind of movie that gets me so excited to be a lover of cinema, and I think that you need to see it just for the chance that you’ll be only a fraction as excited about it as I am. I think I can confidently say that “The Lighthouse” is an all-time great, and I’m very excited for Robert Eggers to make another weirdly feminist period horror film.

If you want to hear more about this movie, I wrote a longer piece about the influences of it here: shorturl.at/ckxC0