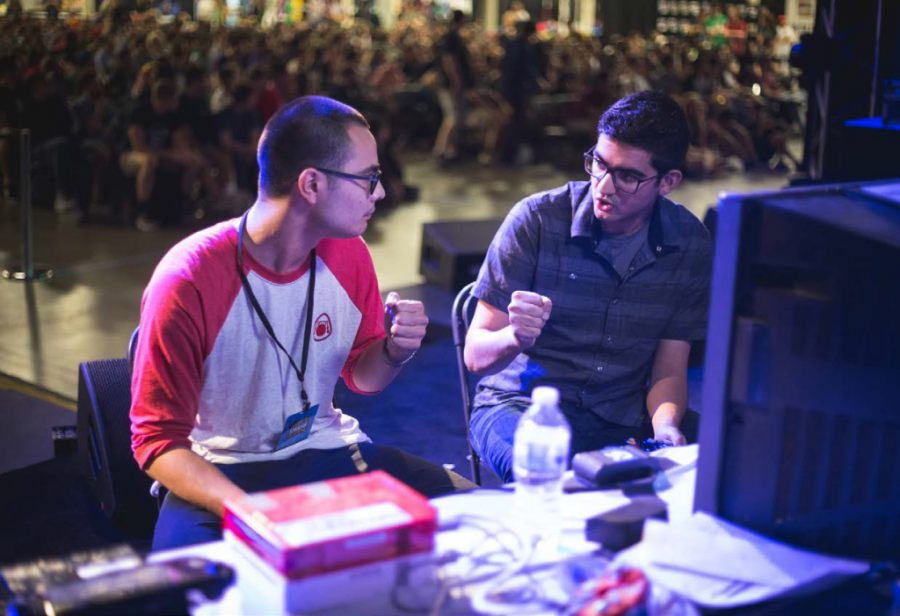 As a semi-professional SSBM gamer, Malhotra frequently competes in local, national, and international tournaments in which he challenges some of the world’s top Melee gamers.

“Typically, I’m traveling to regional, national, or international level events around twice per month. Last year there were some periods where I was traveling more than twice. For example, in August, there were three super major events within the course of four weeks,” Malhotra said. “Sometimes it can get pretty crazy but, in a way, there are on-seasons and off-seasons for competing so you can kind of plan ahead.”

Although Malhotra started playing Melee in 2005 alongside a number of other games, he only began to compete seriously after beating top 5 player Corey Shin, who operates under the gamer tag “False”, during the EVO 2015 tournament.

“[Gaming has] always been a passion of mine, but it wasn’t something I started taking as seriously as I do currently until 2015 when I ended up beating a top player for the first time. And basically the thrill of being a top layer in front of a crowd was something that I couldn’t let go of,” Malhotra said.

The large majority of Melee players ranked in the top 30 in the world compete full-time, yet Malhotra, ranked no. 26, balances Melee gameplay alongside a full-time job in marketing analytics. Despite the difficulties of essentially having two jobs, Malhotra prefers being able to control how much time he dedicates to Melee without worrying about his financial stability.

“It’s not easy because sometimes it feels like you have two full time jobs. You have to realize how you’re feeling because sometimes I can definitely overdo it. I’ll have a long day at work and then I’ll have a long night of practicing, and then I’m basically drained,” Malhotra said. “It’s a reminder to sleep well and eat well because if you don’t, you’re just not going to be able to get everything done.”

Malhotra has also been involved in publicising his gaming experiences and beliefs as a content creator on platforms such as Youtube and Twitch. In addition to his personal Youtube channel, Malhotra produces a podcast named “Analog” with a fellow competitive Melee player.

“We started the podcast because we felt like there were a lot of the issues in the community. We wanted a medium through which we could address issues which are important and also just to kind of have a time to talk about a recent tournament and results to talk about our ideas of how the community is developing,” Malhotra said.

Despite the time-consuming nature and magnitude of his gaming experiences, Malhotra notes that he still sees constant skepticism of the idea of professional gaming.

“One of my friends is actually a full time coach for Smash, and I remember telling that to someone and they kind of just laughed it off  like I was joking,” Malhotra said. “But you have to ask yourself, ‘What do you think it takes to be one of the best people in the world at anything?’ Any endeavor that people can undertake to become one of the best in the world requires an incredible amount of work.”

Malhotra’s experience at Jefferson shaped his career in gaming as well.

“It’s definitely nice being surrounded by other people who are nerds. We played Melee in the senior lounge the last couple years that I was there. It was an interesting hobby of mine, and there’s actually some people from TJ that I lost contact with after graduating TJ, but I have seen since through Smash, which is cool,” Malhotra said.

Ultimately, regardless of what students decide to pursue in the end, Malhotra stresses the importance of making the most of Jefferson the way he did through gaming.

“Enjoy your time at TJ while you can. It’s rare that you’re going to be in such a concentrated environment where we can learn from so many other smart people. That’s not something you’re going to really get any other time for the rest of your life,” Malhotra said.