A sweet way to sustain 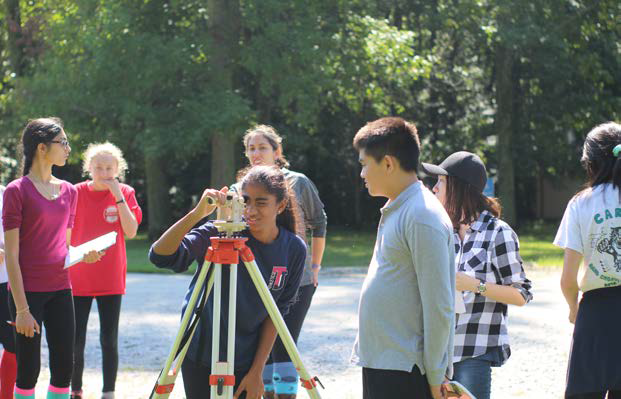 When life gives you lemons, you make lemonade. And for the teachers in charge of the newly-made Donut IBET,  when life took away their salamanders, they made donuts.

Over the past several years, students have collected data on Ambystoma Maculatum and the vernal, or seasonal, pools in which they dwell. But with changes to the climate, the project’s viability faltered.

Additionally, changes to IBET groupings gave Holman only one IBET as opposed to two. This left only one IBET that would be doing the salamander project.

“It would have been twice the amount of work with less time,” Holman said.

With the official end of the salamander project at Jefferson, students such as former salamander IBET student Kailyn Pudleiner expressed sadness about the change.

“I’m very sad to see the IBET changing. I think salamander was one of the best projects because you got to see what it would be like to work and collect data out in the field,” Pudleiner said.

“Being in the salamander IBET was a lot of fun, and going on our field trips created strong bonds with my classmates that I wouldn’t trade for a lifetime.”

The salamander IBET, renamed the Donut IBET, will now focus on the idea of donut economics, which uses a donut to symbolize a sustainable but just way for humans to live.

Keeping this model in mind, students will be tasked with completing a project that helps Jefferson become a more sustainable and environmentally-friendly place.

“I would love to see plants growing on the window in the library, or to have a study on how much power we’re using to charge all these laptops all the time — something like that,” Holman said. “We’re gonna give them parameters they have to meet and then the sky’s the limit on what they can do within that boundary.”

Recognizing the importance of the subject, many students share Holman’s excitement.

“I think it’s a really good goal to make everything sustainable and better for the environment, because it’s going to help with the climate change crisis going on at the moment,” freshman Kritika Kumar said.

Though the current model is subject to change in years to come, Holman is optimistic that the IBET’s new direction has promise, and will deliver productive results in the upcoming year.

“We’re hoping the quality of the projects are awesome, and that some of them are so good that TJ keeps them up.” Holman said.