Alec Benjamin shares his take in a sea of perspectives 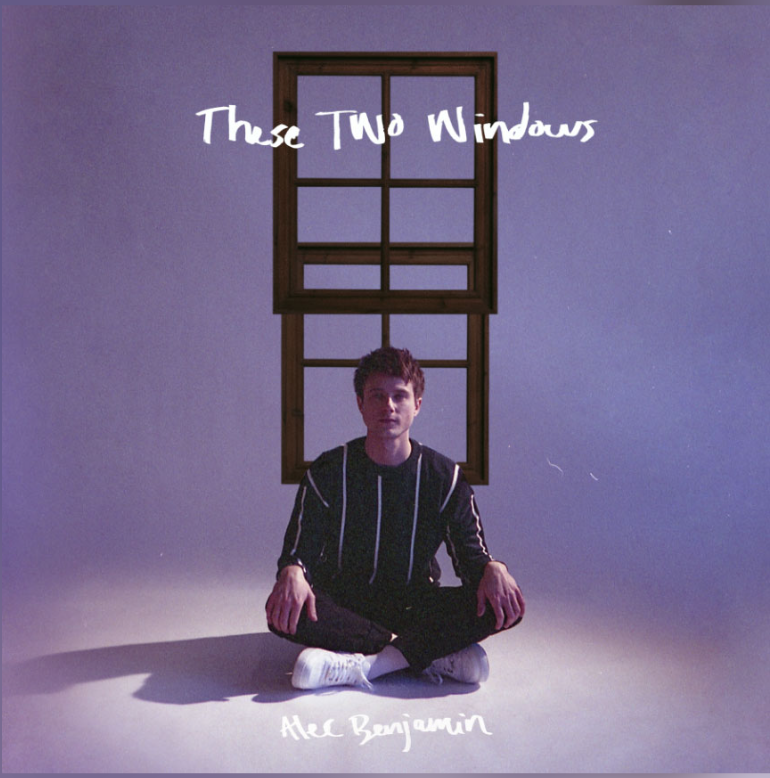 Released on May 29, Alec Benjamin's sits in front of two windows for the cover his debut album "These Two Windows".

Fittingly labeled “These Two Windows”, Alec Benjamin’s debut album serves as a window offering insight into his thoughts. Released on Friday, May 29, the album presents a wide-range of meanings held behind his songs varying from mental health to abuse. While he admits these topics are not new in the premise of song-writing, he offers his own unique take, implementing his story-telling mannerism to perhaps re-introduce these topics with a new perspective.

“Throughout history people have recycled the same stories again and again… and I think what separates the stories from one another is the perspective on those things. These Two Windows, the windows represent my eyes,” Benjamin said in an interview on the Zach Sang Show.

A notable trait of Benjamin’s new album includes his ability to not only reflect on how he feels but also on what he does with or how he channels these feelings. “Mind Is A Prison”, my favorite song on the album, exemplifies this idea. He takes us into his mind as a prisoner trying to escape a jail cell, metaphorically speaking for his tendency to overthink. In an interview he shares how he sometimes feels stuck inside his own body with thoughts and feelings he does not want to focus on, yet can’t escape. Under his soft and silky voice, the song resonates with anxiety and optimism, showcasing his ability to truly encapsulate a feeling otherwise hard to put into words.

Another one of my favorites in his collection of stories is “Jesus in LA”. What I love about this song is the ripe melody tinted with a darker tone, making for a perfect instrumental. Diving into the warmth of Benjamin’s sound accented by the strums of his guitar you find comfort in his signature authenticity, the same authenticity accentuated in his personality and Instagram. With this song he narrates his ‘truth’ of the stardom dream reality.

Benjamin has never strayed from the roots of his song-writing career, starting off performing mini-sets before the shows of popular artists, and this album shines with that same sincerity.  His developing voice and song-writing skills have continued to elevate his album to a higher standpoint. A kaleidoscope of perspectives, each song pitches a new motif into a sea of patterns.