“The LoveBirds” review: Kept in flight by its lead actors’ comedic chemistry 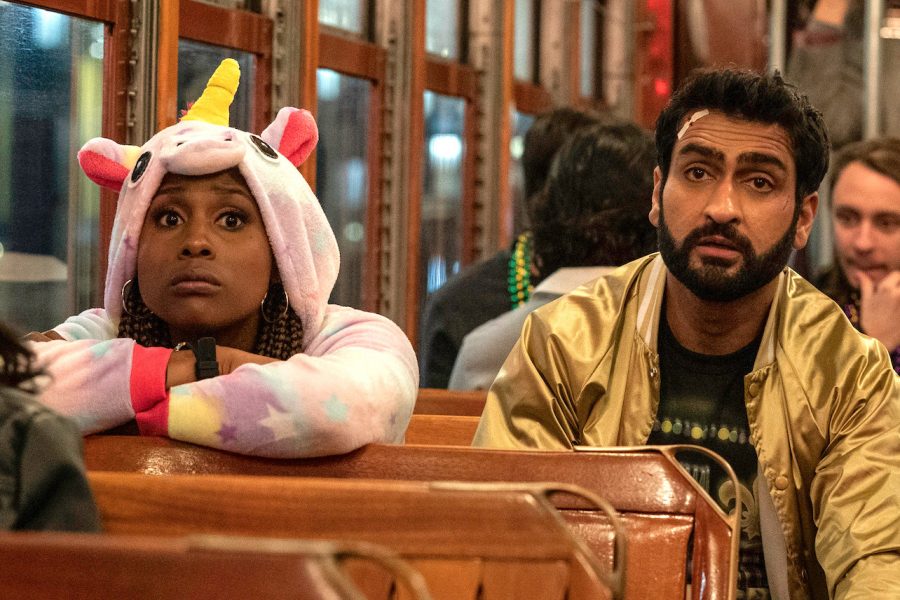 When you unwittingly become involved in a brutal murder, you call the police. Right?

Well no, not if you’re a main character in “The Lovebirds,” a new Netflix murder mystery romantic comedy that ultimately scrapes by on the brilliance of its lead actors. The film features Kumail Nanjiani and Issa Rae as Jibran and Leilani, a bickering, annoying couple that sets out to clear their name after they become first-person witnesses to a violent crime.

The initial premise of “Lovebirds” is rather unrealistic, in that it relies on seemingly smart characters making stupid decisions, and as “Lovebirds” progresses, it only becomes more unbelievable. Over the course of the film, we witness bacon-filled torture scenes, an elaborate cult for rich people, and more. Even so, the wild events end up adding surprisingly little to the movie. Because the writers fail to expand on the murder-mystery in a satisfying way, the over-the-top plot functions mainly as a vessel for Leilani and Jiban to repair their derailing relationship, and exchange endless banter and jokes along the way.

For the most part, this works. The dialogue is perfectly suited to each actors’ on-screen personality, so that whenever Nanjiani and Rae are on the screen together — aka most of the movie — comedic sparks fly. However, the romantic aspect of “Lovebirds” holds up considerably less so — every mention of the pair’s relationship feels either lazily executed, or irrelevant at the moment. That being said, despite this and the film’s many other flaws, it stands as one of the funniest films of the year by the end — and it’s a testament to the dialogue and the two actors’ performances that it does so.

Without Nanjiani and Rae — or actors of a similar caliber to fill their roles — “Lovebirds” would undeniably belong in the trenches with other failed movies. On the flip side, it’s hard to imagine just how good it could have been if its other departments had held up the standard of its comedy, and with that in mind, the misdirected execution of the film’s romance and mystery is not just unfortunate, but a wasted opportunity.