Highs and Lows of Flying Kites 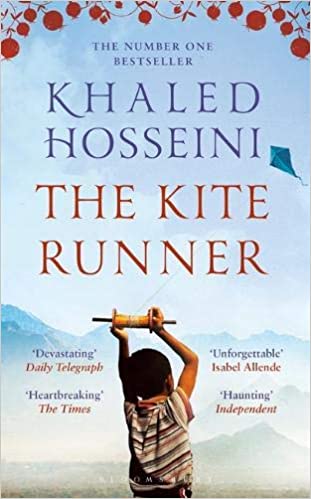 Khaled Hosseini’s first novel, The Kite Runner, is a story about two boys in Afghanistan and events that change their lives. The book is published in several countries and widely acclaimed, but faces controversy for its content.

The Kite Runner by Khaled Hosseini has been published internationally about two boys, Amir and Hassan, in Afghanistan, who after an event during the kite fighting season, must deal with an event which changes their lives and their relationships forever. Amir and Hassan part their ways, and the rest of the story is the rest of Amir’s life, seeking redemption from his choices from when he was 12.

The plot was structured similarly to an autobiography of Amir. It definitely had shifts in tone as the protagonist, Amir, aged. He starts off by trying to ignore his past, while carrying a hidden burden. Once he directly starts to deal with his prior friendship with Hassan and how it molded him, he goes back both literally and figuratively, to where it all started.

The best thing about the book was how grounded it was in reality. It had ties with modern events and the author’s own experiences, having sought asylum with his family in the United States when he was young. The author deals with suicide and addresses the fact the sexual abuse and assualt can happen to guys too. It had hints of culture and romance. The characters are also very human.

While it was one of the best parts of the book, the emotional storyline was not something I was expecting. I thought it would be a lighthearted story about two children in Afghanistan. The story was so much more involved, and told in a very raw and honest way.

I also liked how although the story focused on Amir’s life, it was almost as if you could feel Hassan’s presence throughout the novel, in the back of Amir’s life. Although we, the readers, do not get to follow Hassan’s story, we can feel his presence and the weight of his relationship on Amir. We can see how Amir changes and opens up when he begins to confront his past and tries to reconnect with Hassan.

I enjoyed reading this during my break. Although it was not exactly how I expected it. I not only followed it for the plot, but really was invested in the characters. Eventually I look forward to seeing the movie adaptation and how it interprets the story. Put frankly, this is one of the rare novels that succeeds in portraying life as it really can be, without shying away from its intensity or its lightheartedness – a satisfying read.