They can’t take our 8th periods 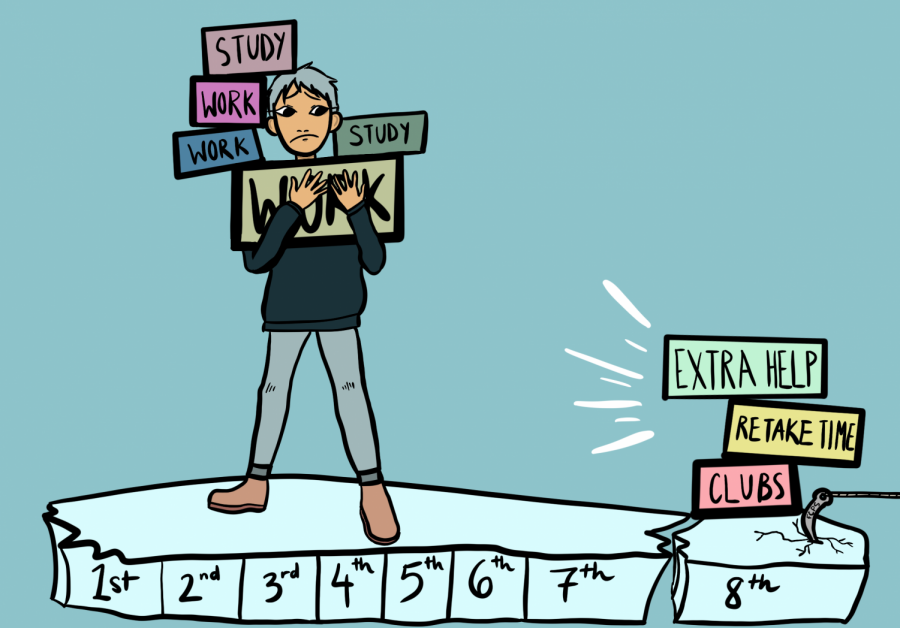 What makes Jefferson, well, Jefferson? Some would argue that it’s our competitive spirit, the motivation to work hard, the community that we build here. But one could also argue that those points are not necessarily unique to our school. So what really separates us, and gives us a different experience from a base school?

One aspect of Jefferson that no other school has is our eighth periods. They are an extra block worked into red days for students to participate in clubs, get help from teachers, and retake tests. At a magnet school like Jefferson, students can have up to a 90 minute commute to reach the school, and 8th period allows them to not have to stay late after school in order to participate in extracurriculars or get extra help for classes.

In a recent meeting, the FCPS school board proposed new bell schedules in order to reduce the number of buses used for elementary, middle, and high schools. Among the four plan proposals, three of them mentioned a possibility of reducing Jefferson’s school day by 50 minutes, or one period.

This would mean the removal of 8th periods from Jefferson’s school day. This is because FCPS requires a certain number of hours of actual class time during the school year, which does not include 8th periods. In order to shorten the day, while maintaining the same number of school days, they would have to remove 8th periods.

This action would have a huge impact on Jefferson’s student body. Students not in the Alexandria or Annandale area would not be able to stay after school for clubs and retakes without getting home at a much later time and would need a mode of transport for the hour long drive home. Parents of these students may have jobs too far away, or not have enough time to make the trip to Jefferson and back to pick up their kids. This would result in a large percentage of students to not have an opportunity to participate in clubs and other activities.

In this proposal to reduce buses in FCPS, taking time out of our school day should not be considered as an option in any of the plans. Shortening Jefferson’s school day takes away one of the main reasons this school is unique, and takes opportunities away from students who came here for the opportunities.