Lights out for “Brooklyn 99” 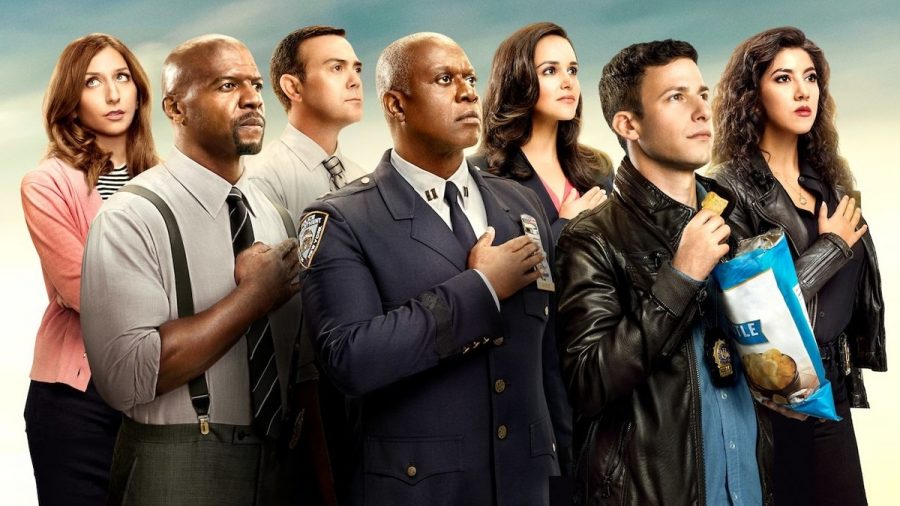 The Season seven finale, “Lights Out”, of “Brooklyn 99” premiered last week on NBC.

A childbirth and a blackout that dominates the entire city of New York, and two characters trapped in an elevator: this is the premise of the season seven finale, “Lights Out”, of “Brooklyn 99”, which premiered last week. The finale deals with many common sitcom tropes that countless shows have done; however, as always, Brooklyn 99 managed to put their own unique spin on these tropes that made it hilarious and unforgettable.

The finale also wrapped up many plot points that had been introduced earlier on in the season, mainly the birth of Detective Jake Peralta and Sergeant Amy Santiago’s child, and how to beat Wario in Mario Party. Albeit.

The season overall was just as eventful. It started off grappling with the fact that previous precinct Captain Raymond Holt had been temporarily demoted to a normal officer as the result of a fierce “vendetta” between himself and the chief police commissioner. However, this demotion ends halfway through the season for reasons I won’t say due to spoilers.

The season also brings new beginnings to ideas from the first and second seasons that weren’t explored any further in the show’s six-season history. Examples include the second Jimmy Jab Games (that we see on camera). However, the show also ends many plotlines with some major characters dying.

Compared to the other seasons, the beginning episodes were much slower and while still humorous, less funny than the past seasons. However, as soon as the second half started it became worth it as all of the major plot points set up earlier began to play out. For me, the top 3 episodes were Valloweaster, Ransom, and Dilman, all of which occur in the latter half of the season.

Overall, the season is funny and insightful, and despite a slow start, I would highly recommend watching it if you’re into sitcoms