Contagion steps back into the limelight 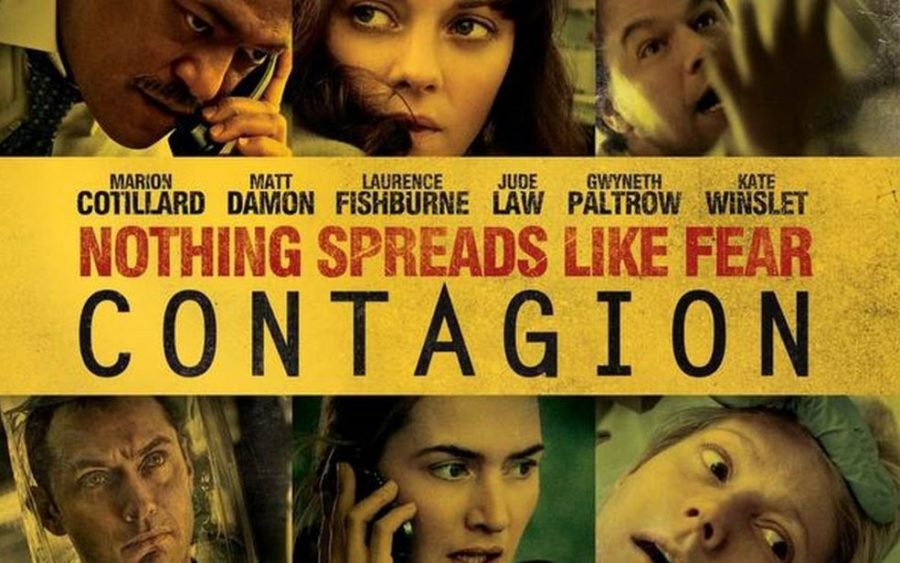 Photo courtesy of The Independent

*Spoilers for the movie Contagion below*

Nine years after its release, many are revisiting this popular 2011 film because of its parallels with the current coronavirus pandemic – distrust of health authorities, widespread panic, and the rampant spread of fake news. The attention Contagion has received isn’t unwarranted –  it’s the type of film that captures your interest and keeps your heart racing til the end.

In the beginning, the plot is already twisting to unexpected outcomes. We are first introduced to Beth Emhoff, who returns from a business trip with a bug she brushes off as jet lag. She’s a major character, so she can’t die. Right? Wrong. Ten minutes into the movie, she’s in the morgue. Emhoff’s death caught me off guard, cleverly adding to the tension in the film. If she wasn’t safe, no one was.

What distinguishes this film from a typical horror movie, where the main character walks into a dark basement, is that its plot could actually happen in a pandemic. I admire the thought put into realistically depicting the deadly, highly contagious disease that spreads around the world in Contagion.

For example, Atlanta CDC director Dr. Cheever told his fiance to leave the city before the quarantine was announced to the public. Then, when the news was released, people stormed the banks and stores. Furthermore, popular conspiracy blogger Alan Krumwiede cast doubt on the CDC’s credibility and promoted a fake cure. Meanwhile, a Hong Kong official kidnapped Dr. Orantes to secure vaccines for his village. All these details added to the film’s realistic angle of the disease.

However, in covering these details, the film attempted to tell too many stories in too little time. The movie resolves on a reassuring note – a vaccine is discovered, and most of the world’s population survives. But I never find out what happens to Dr. Cheever, who awaits an investigation for sharing that confidential information with his fiance. Or Krumwiede, who was arrested for conspiracy and securities fraud, but met bail and walked free. Or Dr. Orantes, who, after learning that the vaccines given to the Hong Kong village were placebos, ran back to tell them. And Dr. Mears, who fights the disease on the front lines and becomes infected herself, dies as an insignificant patient among millions. I was left feeling unsettled, with a lack of closure on all of these important characters.

The last scene is arguably the best in the entire movie. The doctors never find out exactly what caused the virus. As Dr. Mears says, they only know that “somewhere in the world, the wrong pig met up with the wrong bat.” But this movie gives us the privilege of knowing. We see an infected bat drop a piece of banana, which is eaten by a pig. The pig is slaughtered and prepared by a chef in a Macau casino. That chef then shakes hands with Beth Emhoff – Patient Zero.

Ultimately, Contagion is a sensational film that’s definitely worth your time. It argues that misinformation can have just as much damage on society as an epidemic, and you’ll leave the movie with a lot to think about. Any unanswered questions you have are definitely overpowered by the overall brilliance of the film.