BTS explores their emotions in “Map of the Soul: 7” 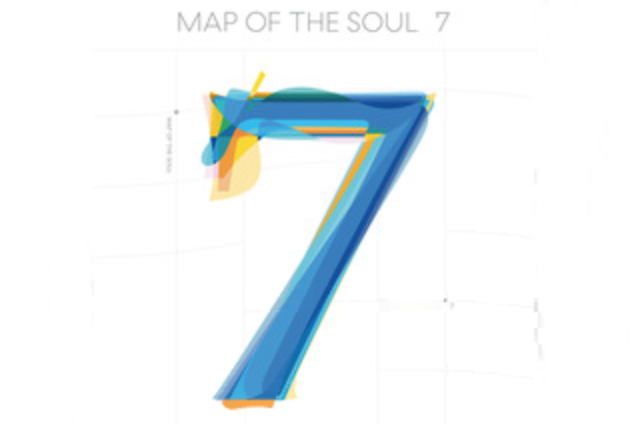 Album cover for BTS’s latest release. The large 7 in the center represents the group’s seven members and seven years they have spent together. This album is a continuation of their previous album, Map Of the Soul: Persona.

Always managing to go beyond superficial topics, their music serves as a way for their fans to express themselves. This sensation known as BTS has finally released their latest album.

The album was released on Friday, Feb. 21, 2020. That same day they released their first video for their title song “ON,” titled “Kinetic Manifesto Film: Come Prima”, which gained a whopping 46.5 million views in its first 24 hours of being released.

The album contains 20 songs, five of which are from their previous album, “Map of the Soul: Persona”. While some of the songs are sung by the entire group, others are sung individually, and others are sung by parts of the group, allowing fans to experience different sides to the boys’ voices and talents. They have even collaborated with some well known Australian singers for this album. Troye Sivan helped to write their song “Louder than bombs”, while Sia sang with them in their song “ON.”

My favorite song in the album is definitely “00:00 (Zero O’Clock)”. This song is so beautiful and contains tantalizing vocals. Another favorite of mine is “Inner Child” which is a solo song sung by V. Again, the vocals are amazing and the song explores feelings of childhood and is full of emotion.

The Korean superstar group has always been good at writing songs that cater to their fanbase’s emotions, and this album is no different. Fans theorize that the song “Black Swan” was inspired by the Academy Award Winning movie “Black Swan”, and symbolizes the boys’ fear of one day not being able to enjoy making music. The rest of the album explores other emotions related to friendship and childhood. Overall, Map of the Soul: 7 is an amazing album and you should definitely check it out!