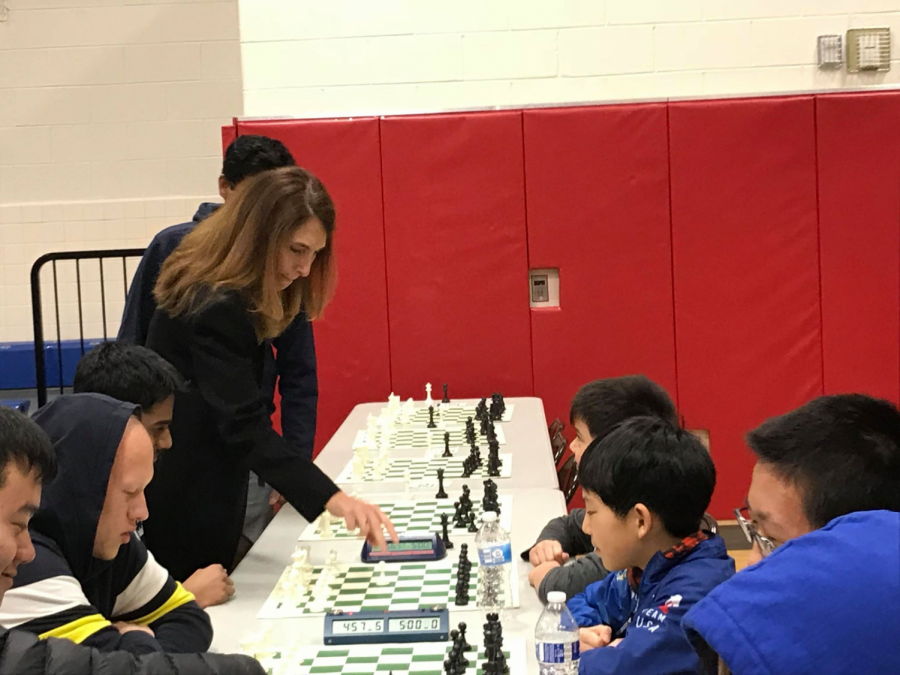 In this annual event, Jefferson has consistently scored high.

“No one can remember the last time TJ didn’t win. It’s been over 20 years,” Zacharias said.

Hundreds of students from kindergarten to college participated in this tournament that takes place in a different region in Virginia each year – this is the first time Jefferson has hosted.

“Usually it’s at a completely different venue — that can be very off putting in a lot of ways. And for the commute, we usually rent a hotel. But this time, it was at TJ, so it was a lot more manageable,” Paul said.

Paul partially attributes the chess team’s success to eighth periods, which give students the time to practice.

“Very recently this year we started a chess tutoring program. More importantly though, you get better at chess from just playing games, and because you have two eighth periods to practice, you improve a lot,” Paul said.

He also believes the adaptive ability of the team is a factor.

“You can have a really good position, and lose it,” Paul said. “You have to be able to adapt to different situations. The biggest quality of chess is grit, and being able to roll with the punches.”