How I’m feeling about ~how i’m feeling~ 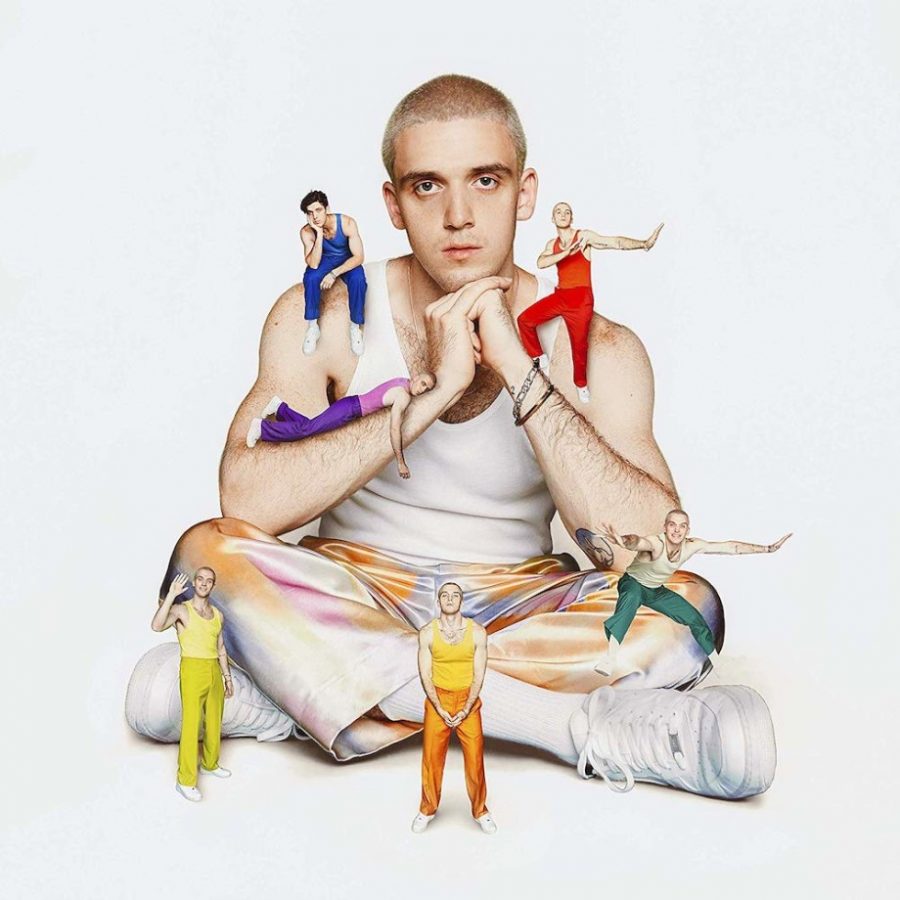 The cover art for ~how i’m feeling~, featuring Lauv surrounded by six shades of his personality.

And that’s what pop sensation Lauv does with his debut album, “~how i’m feeling~”.

The album’s cover art features Lauv in the center, surrounded by six other smaller Lauvs wearing different colors to represent each dimension of his personality. I personally thought that this cover art was perfect for the album, as I could almost see each different shade of Lauv singing a song.

Although some songs from the album have been out for over a year, the full 21-song album was released on Friday, March 6. As a fan of Lauv’s previous EP (“Lost in the Light”), I was pleased by this album as well. The album itself featured two of Lauv’s signature styles, with some songs being slow, heavy, and emotional while others were more upbeat and quicker. When interviewed about the album, Lauv said that he intentionally tried to make the album such that there were two distinct emotions in all of the songs.

“The album is 50 percent serious but also 50 percent making fun of itself for being so emotional. I can be very self deprecating,” Lauv said.

One aspect of the album which was particularly appealing to me was the fact that Lauv became more adventurous with his songs, dealing with topics like depression and drugs, giving listeners a closer look at the singer’s personal life. However, something which I found interesting is that sometimes, the mood of a song doesn’t necessarily match the subject of the song. For example, the song “Drugs & The Internet” (which does discuss how Lauv used drugs and the internet to overcome anxiety) has quite heavy lyrics (“I traded all my friends for drugs and the internet”) yet the song has a quick and airy vibe, completely contrasting the lyrics.

One of my favorite songs from the album was “Modern Loneliness”, a song about the loneliness which many people in this generation feel. The song is also Lauv’s proudest production of all of his songs so far. When interviewed about the album, Lauv said that the major inspiration behind the song was feeling alone despite being surrounded by others, hence the title “Modern Loneliness“.

“I’m so used to never being alone, but feeling so alone,” Lauv said. “It’s so easy to feel totally isolated even if there’s people around you. I just think it’s this condition that a lot of people in my generation feel.”

The lyrics are obviously very gloomy given the topic of the song, yet Lauv sings with an airy tone, completely opposite of what you’d expect for a song discussing loneliness. The light atmosphere of the song is furthered by the simple bass, which uses chords, snaps, and claps to keep the rhythm flowing. The stark contrast between the lyrics and bass and melodies are what drew me in, and I’ve had this song on repeat for the past week.

All in all, I thought this album contained some of Lauv’s best releases so far, and I loved almost every single song on the album. Lauv truly stepped out of his comfort zone with this ground-breaking debut, embracing a lot of new styles and sounds (like a Latin-inspired melody on “El Tejano” yet another aspect of the album which made it memorable.

Even for people who don’t listen to Lauv, I strongly recommend that everyone listen to the album at some point – you’re bound to find at least one song you’ll become obsessed with.