An analytical take on Tuesday 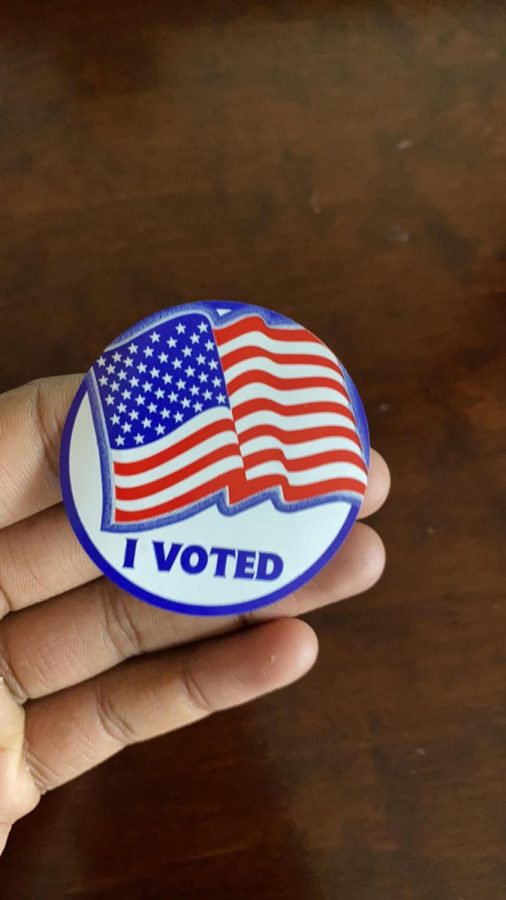 This Tuesday marked the first time that voters were able to see the country’s holistic views on their Democratic candidates. This day is better known as Super Tuesday. Virginia held the Democratic primary, creating buzz between students about who would lead the polls. Prior to the third, news of former mayor Pete Buttigieg and Sen. Amy Klobuchar dropping out on consecutive days had broken. This made seniors, who were eligible to vote, narrow their choices further to the remaining candidates. Senior Tanya Kurnootala shares her views prior to the news and after the news.

“I supported Buttigieg before he dropped out,” Kurnootala said. “So after he dropped out I was kind of stuck on who I would vote for. I didn’t really have to make that decision, but it would have been a hard decision to pick between Biden, Bloomberg, Warren, or Sanders.”

Super Tuesday is considered to be “super” because it allows candidates to win up to one third of all delegates in the presidential nominating conventions. Virginia has an open primary system, meaning that voters don’t have to be affiliated with a specific party to have the opportunity to vote. That made it easier for Senior Shubham Goda, to get his first-time voter experience.

“When I got to the polling location,” Goda said. “I was pretty much the youngest person there so when the person asked me if I was a first time voter I said yeah and they were all clapping. It made me feel pretty invested in the political process.”

Being a first time voter, especially in high school, means you are required to register to vote. This can be done online or in person and should be done at least 2 weeks before the day. Through the support of AP government teachers, the process was made easier for students such as Kurnootala.

“I think overall the process was pretty streamlined,” Kurnootala said “In class, people who were volunteers for VA elections came to our classroom and passed out of voter registration forms, so we had to know our social security number and we put it in along with other information. Overall, I thought it was a pretty easy process.”

The ability to vote gives one a voice, and students who are interested in politics particularly feel that. Even though their vote isn’t defining, it is still nice to see their opinion taken into account through the form of a ballot. Senior Neeyanth Kopparapu is one of those students.

“I think it felt good because we hear a lot about politics and many students have opinions, but this year was the first where we could voice it in a standard way.” Kopparapu said.

Results from Super Tuesday prompted mayor Michael Bloomberg and Sen. Elizabeth Warren to drop out of the race after their weak standing in the polls. Conversely, it was quite a successful run for former vice president Joe Biden and Sen. Bernie Sanders, with Biden winning 10 states and Sanders landing California. Virginia takes its place as one of Biden’s ten states and while delegates are still pending, it looks like Biden has now taken the place as the frontrunner for the Democratic nomination.