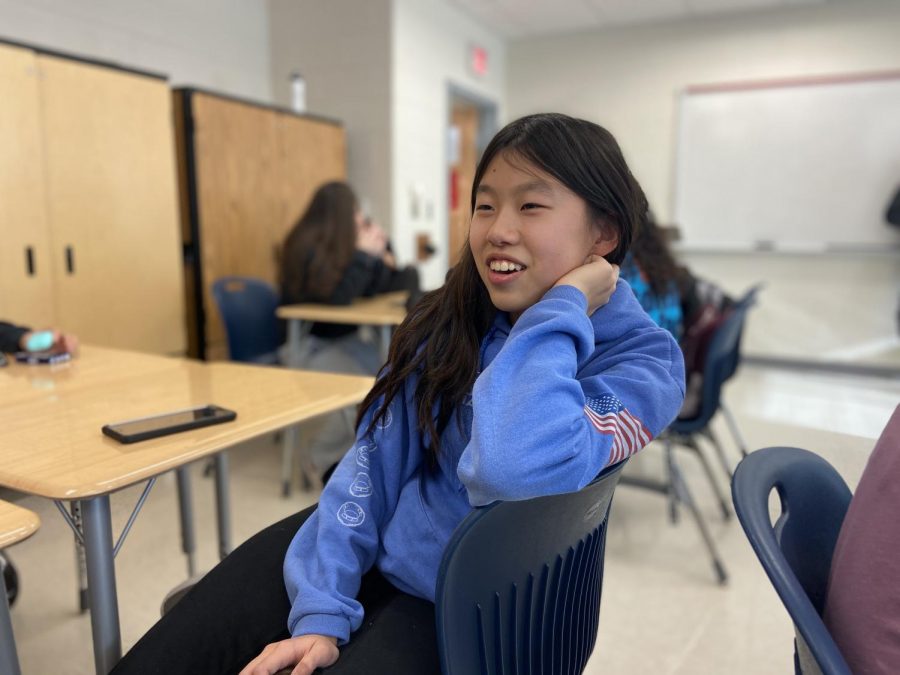 Freshman Sophia Lee converses with a friend during the soccer interest meeting on Feb. 25.

The Jefferson Girls Soccer team held an interest meeting to learn about tryouts and the upcoming season on Wednesday, Feb. 19 during B block. They covered topics such as when the season will start, when tryouts are held, and what is expected of players.

Tryouts will be held the week of Feb. 25 in the Jefferson stadium, however, there may be some rescheduling. Players are guaranteed three days of tryouts, but after that, cuts will be made. Coaches are looking at how players move and operate on the field with and without the ball, and at the same time, they are looking for people who can play multiple positions. Despite these restrictions, people are excited about tryouts.

“I played club soccer until seventh grade, and I really want to start [playing soccer] again,” freshman Valentina Hong said when asked about why she decided to try out for the team.

If accepted onto the team, practices for players will be held at different locations depending on whether they are on JV or varsity. JV practices are usually held from 4:30-6:30 pm at Holmes middle school. Varsity practices will be held on the Jefferson stadium.

“I am looking forward to playing on a team with new people,” Hong said.

In general, the coaches emphasized that it is alright if a person coming to tryouts does not have previous soccer experience. They are looking for people to join the team, and the more there are, the better. However, player experience is a huge bonus for being considered for the team.