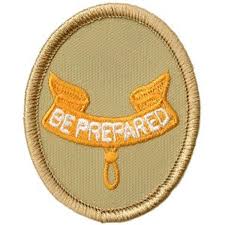 A scout is trustworthy, loyal, helpful, courteous, kind, obedient, cheerful, thrifty, brave, clean, and reverent. These principals have stood for more than a century, yet now the organization that produced them is forced to declare bankruptcy.

Boy Scouts of America, an organization that has existed for 110 years, and trained over 2.5 million eagle scouts and hosting over 2 million active scouts is filing for Chapter 11 bankruptcy due to the multiple cases of sexual abuse filed against scoutmasters by various scouts. Chapter 11 bankruptcy is where the debtor maintains control over most of its assets while the court supervises its restructuring and also implements a plan to repay creditors.

Even if restructuring is happening, individual troops will not be affected.

“Nothing will change much locally, troops are run locally by the council and are not affected by the organization as a whole going bankrupt. In other words, the organization doesn’t directly fund troops.” freshman Tommy Williams, Assistant Senior Patrol Leader of Troop 128 said.

To address the situation, many troops are further encouraging the implementation of the Youth Protection Program, which is a program that mandates that all scoutmasters will undergo training to handle such cases, and increasing awareness to scouts. This includes reaffirming the three R’s, which are “recognize, react, and report”. Many more rules such as two-deep leadership, no one-on-one contact, respect of privacy, separate accommodations, proper preparation for high adventure events, no secret organizations or hazing, appropriate attire, constructive discipline, and junior leader training and supervision already exist to prevent such situations.

“Nowadays, you have to copy two adults in an email and you can’t just email a single adult. A lot of youth protection training and policies were also implemented as part of the restructuring.”, Williams said.

Through lapses of judgment in the past, Boy Scouts of America is now suffering from many allegations. With these extra precautions, they hope to never have something like bankruptcy occur more than once.