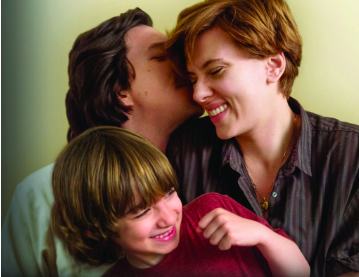 The previously happy family of Nicole and Charlie Barber, along with their son Henry.

A movie starring Scarlet Johansson and Adam Driver. 95 percent on Rotten Tomatoes. Critically acclaimed. Sounds great, right? Except that no one mentioned that it would be  the most dreadfully boring movie I have seen in my life.

Marriage Story is a drama-comedy that follows two parents, Nicole and Charlie Barber, going through divorce and fighting for custody of their young son, Henry.

That being said, “Marriage Story” is not a hidden gem in the movie industry as so many critics seem to believe.

While it does show a painfully real manifestation of parents going through divorce, the plot was incredibly slow without any excitement. The movie highlighted several long, tearful monologues that both Nicole and Charlie delivered that seemed to have no relevance to the movie itself.

The movie had a very repetitive and predictable plot, with a disappointing finish. It seemed as though the entire movie was simply characters taking turns crying about tiny little details about their old life.

Overall, Marriage Story was quite slow and dull, with no excitement, and a depressing mood was consistent throughout the film. The movie did send several messages of hidden strengths about parents going through divorce, but it was not interesting enough. I personally would not recommend this movie to anyone, unless they were particularly interested in sad dramas.