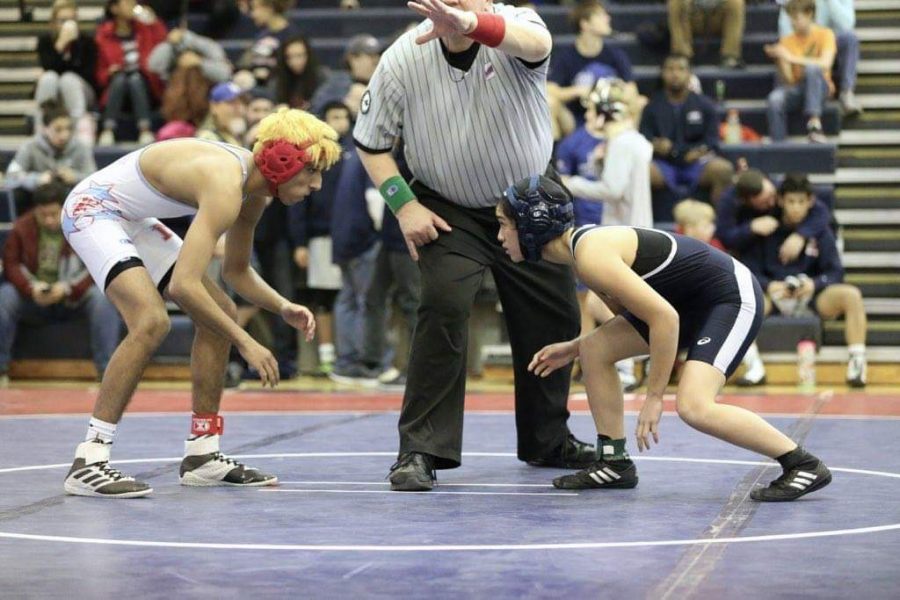 Feet bouncing back and forth. Sweat dripping. Focused eyes scanning the opponent to anticipate their next move. Deep breath. Then a swift pounce. For Jefferson junior Brianna Ta, wrestling is more than just going through the physical movements – it’s a strategic mind game, and it’s one she’s good at. On Saturday, Feb. 15, Ta became the first female wrestler to qualify for the states wrestling tournament in the region by placing third at regionals.

To earn her spot at states, Ta has worked hard consistently on- and off-season since her freshman year, when she decided to begin the sport.

“When I went to the Sports Preview Night, I saw all the different booths, but when I saw the wrestling booth, it reminded me of some of my jiu jitsu friends who had tried out wrestling and really liked it,” Ta said. “I also wanted to try it out because it was most similar to what I’d done before. I’ve done jiu jitsu as an extracurricular outside of school since I was six.”

Since her freshman year as one of two females on the team, wrestling has and is continuing to grow as a sport with seven to eight females on the team Ta’s junior year. However, throughout her wrestling career, she has faced an overwhelmingly large number of males over females.

“There’s definitely a difference when wrestling against guys and girls,” Ta said. “When I wrestle guys, they’re more strong muscularly and they have a different, more aggressive style of wrestling. A lot of the girls I’ve been against have more indirect attacks, and it’s more of a mind game. I’m more confident when I face girls because I feel like I’m on more even footing, because my strength is more comparable to girls than to guys who are a foot taller than me or have giant biceps.”

Ta attributes her wrestling success to a combination of her hard work, determination, and commitment and is excited to make a statement at states as a female wrestler.

“Last year, my coach showed me an article of the first girl to qualify for class or state, and I thought, ‘I really want to do that and represent girls too,’” Ta said. “So, it’s just really nice that I can show that girls can do anything they put their mind to, and that wrestling isn’t just for guys.”

Besides her own determination, Ta thanks her coaches and teammates as they’ve helped her grow over her three years on the team.

“My coaches are really helpful in pushing me to my hardest and they’re also really supportive,” Ta said. “During meets, sometimes I’m upset if I lose a match that I knew I could’ve won, but they still stay supportive and positive for me. All my teammates are so supportive too and I wouldn’t be able to do anything without them. We push one another and we’ve formed a bond because we spend so much time together suffering.”

As a result, Ta’s favorite part of wrestling is the team experience, which is interesting because wrestling is often labeled an individual sport where the athlete is against a single opponent.

“I’ve gotten really close with some of my teammates and I’ve met some of my best friends in wrestling,” Ta said. “I just really love the team dynamic. Even though it’s just you on the mat, you know that you have your whole team behind you.”