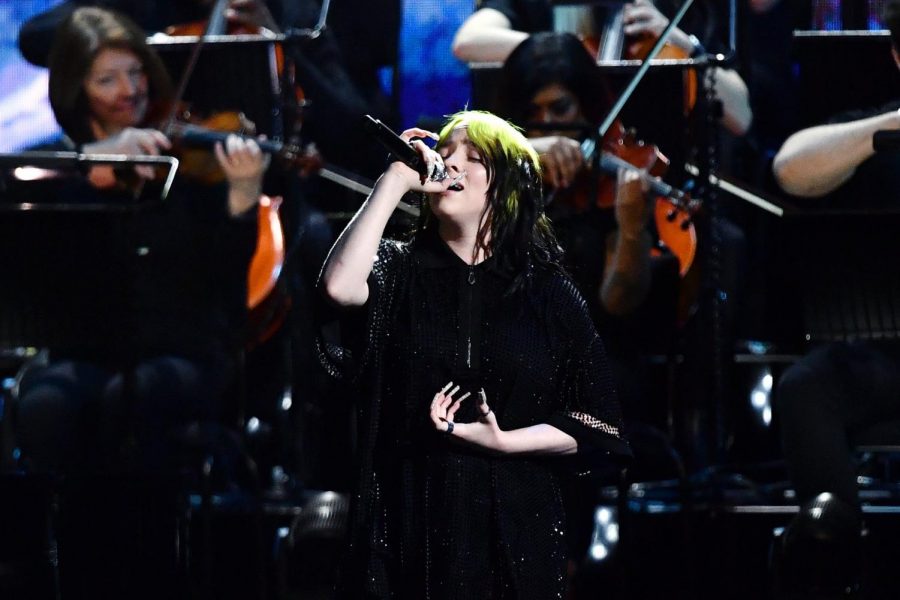 Eilish performs "No Time to DIe" at the Brit Awards

After years of dreaming about a collaboration with the James Bond producers, Billie Eilish and her older brother Finneas O’Connell lived their fantasy by writing and singing the theme for the 26th James Bond movie. As an 18-year-old, Eilish became the youngest person to ever record a song for a James Bond movie. Following Adele and Sam Smith, Eilish has released the theme for the upcoming James Bond movie, and continues to lead on his legacy. The emotive ballad, fittingly named ‘No Time to Die,’ was released on Thursday and accompanies actor Daniel Craig, as this is his final role playing James Bond. Eilish performed the song for the first time live at the Brit awards in London on Friday.

The haunting ballad carries heavy bass as Eilish shows her vast vocal range. As the heavy theme progresses, the melody shows variation and Eilish’s tone stays consistent throughout. As for accompaniment, her brother Finneas O’connell, as well as Johnny Marr, and the legendary Hans Zimmer, were accompanying Eilish on stage as well as the studio version. I personally believe that Billie Eilish has improved over time as she expands her range of genres. ‘No Time to Die’ certainly showcased her vocals and impressed me, because it was less rhythm and synthesizing in the track, compared to some of the songs in her albums, so you could hear her clear tone. Eilish shows growth as she continues to rise up on music charts and win awards.