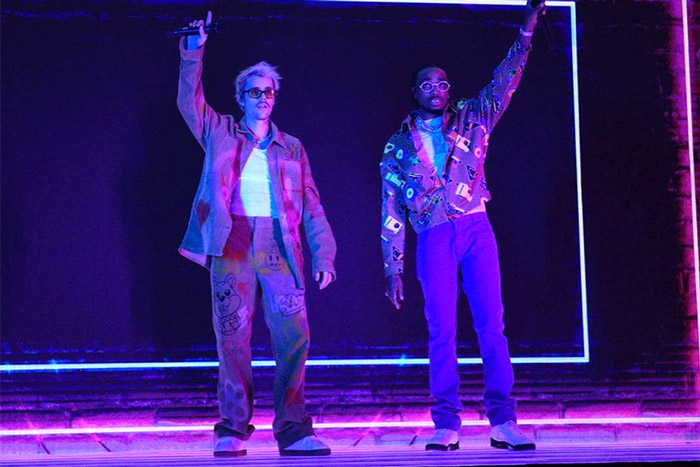 A Valentine’s Day album drop, “Changes” puts a spotlight on Justin Bieber’s marriage to model Hailey Baldwin and his now stable life. It has been many years since Bieber had canceled the remaining 14 shows in his global tour “Purpose” due to what seemed like a nervous breakdown, but Bieber now tries to earn public redemption with his new album “Changes”. This album details the many problems with anxieties and drug addictions that Bieber had in his teen years when he was rushed into the public eye. His features on huge hits such as “I’m the One” with DJ Khaled and “Despacito” with Luis Fonsi have given fans lots to hope about, but does this translate to “Changes”?

The second album of the track “Habitual” allows Bieber’s voice to shine over a quiet backing track. On this track, Bieber describes his love for Hailey Bieber has “Habitual” and goes on to acknowledge that he is desperate for her. It is one of his best performances on this album and is different from his other tracks where his voice is usually drowned out by annoying synths. Bieber is able to deliver powerful vocals that give the album the right start, but it just goes downhill from there.

The most notable track on the album is “Intentions” with rapper Quavo, where Bieber and Quavo express their feelings towards their romantic interests: Hailey Bieber and Saweetie. The music video accompanying this track shows Bieber and Quavo giving gifts to low-income women in transitional housing and setting up a new fund for these women. The song has a vibrant beat that fits the catchy chorus, but the verses from both Bieber and Quavo seem to have no substance. The song seems good after hearing it for the first time, but after several times it feels mind-numbing and soulless. It has no base, and it’s just a very hard listen.

The track “Yummy” was released as a single before going on the “Changes” album and it has to be one of the worst singles of this year. It’s as if Bieber gave the least amount of thought on this one track and decided that it would be the best for his fans to listen to. The song blew up on TikTok and charted on various music charts which increased its popularity, but I cannot get past the awful lyrics and terrible chorus. A closer review of “Yummy” can be found here.

“Second Emotions” featuring rapper Travis Scott at a first glance seems to be similar to “Intentions”. It also falls into the same fallacies as “Intentions” and fails to leave listeners with something to think about. The lyrics are almost meaningless and not one line pokes out as being different from Bieber’s usual cheesy lines. It also has the exact same message as “Intentions” as both Bieber and Scott are calling for their significant others. Each song on the album fails to differentiate from the others, and it all falls into an insignificant mess.

Overall Bieber fails to hit the same tone and theme as other massive pop albums of this year. We may see Bieber’s popularity rise to the heights it reached during his teenage years in the future, but this album definitely does not do much for his public persona. Bieber should definitely work on his songwriting and producing more and come back with a better album which shows why he was once a pop-sensation.