Feeding off of the global film industry: Parasite

A review of the internationally-recognized South Korean film Parasite 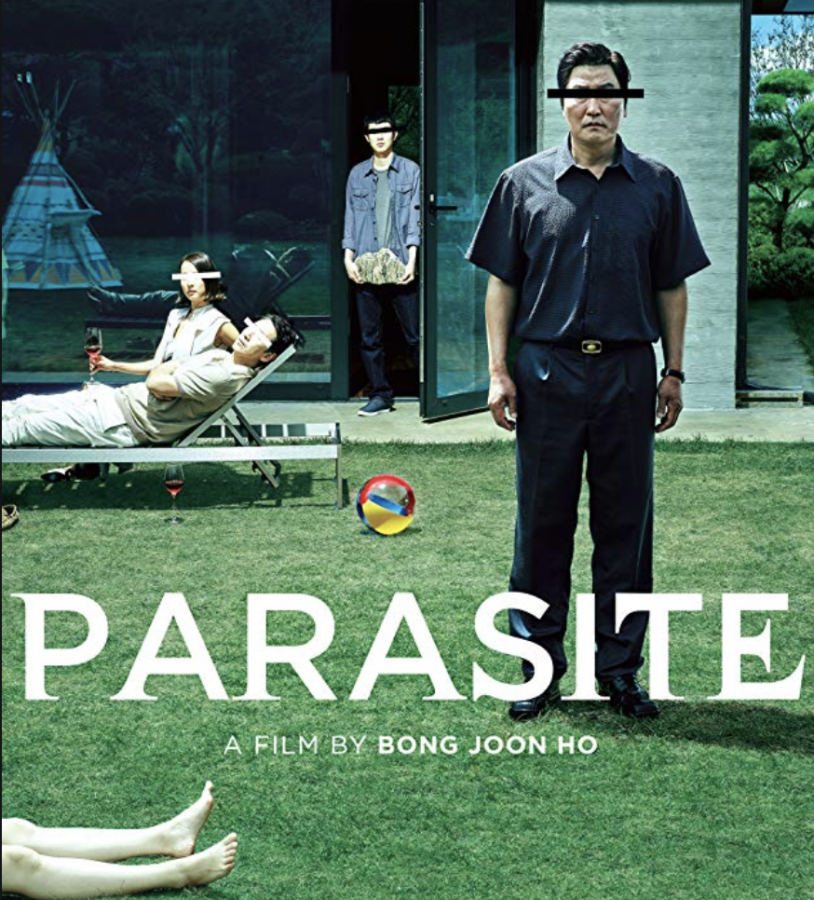 The movie poster for the American showings of award-winning Korean film, Parasite

The Palme d’Or at the 2019 Cannes Film Festival, Best Picture at the 92nd Academy Awards, and the Golden Globe Award for Best Foreign Language Film. These are just a few of the many accolades the Korean record-breaking film, Parasite, has received. I’ve heard fellow Koreans gushing about the dark comedy thriller film directed by Bong Joon Ho since it first premiered in May 2019. I finally got around to watching it myself to find out why there was so much hype surrounding it, and I was not disappointed.

The film follows a symbiotic relationship formed between two families, the wealthy Park family and the poor but street-smart Kim family, as members of the latter begin to con their way into the luxurious lives of the former. Bong presents how this fragile relationship is then threatened by the greed and extreme class divide and discrimination that rages in modern South Korea.

One thing I loved about the 132-minute film was that I couldn’t tell how time was going by as I was watching it. It was so beautifully crafted and immersed me so well as an audience member into the world Bong had created. In the beginning, I found myself laughing at how ridiculously brilliant the Kim family was at conning, and how stupidly the Park clan was manipulated by them. Ironically, the Kim clan was much more united than the Park clan, possibly because they only had each other, and so I became more emotionally attached to the Kims, although at times I really questioned their sanity. (But hey, everyone in this movie is a little on the edge.) However, I was left speechless as things spiraled out of control and the climax was reached around the last 25 minutes of the film. Spoiler alert: it was a bloodbath.

What I admired the most about Parasite was the sheer amount of detail that was evident throughout the film. From the beautifully furnished sets to the perfectly modulated background music (my heart raced alongside the classical music, especially “The Belt of Faith”), everything about it seemed to be planned and intentional to the dot. The actor ensemble was flawless, and throughout the film, I noticed a consistent stair and level motif that emphasizes class discrimination.

Overall, I would definitely recommend watching Parasite if you haven’t watched it already. Its international recognition and monumental feats in cinema history is well-deserved.