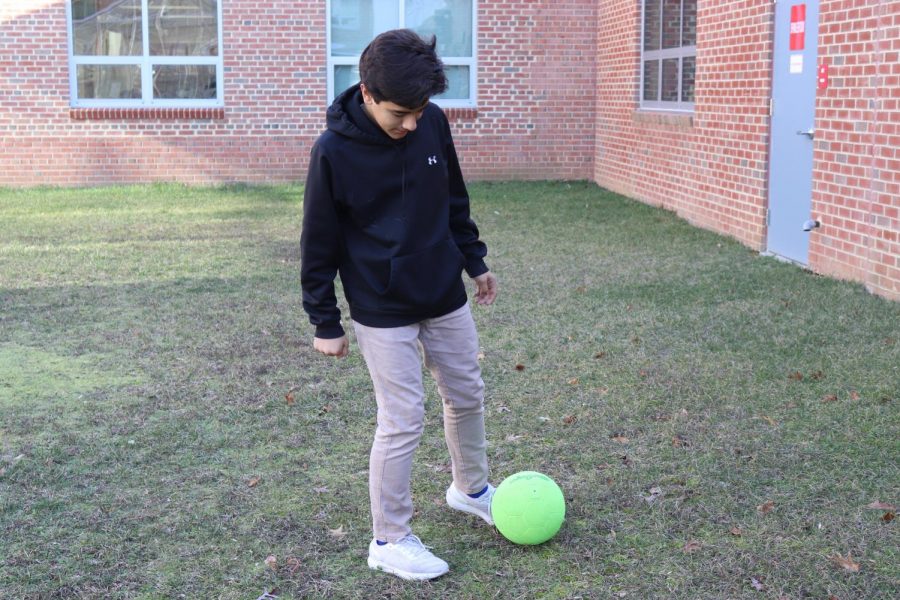 Freshman Nicholas Artiedamarin practices around with a soccer ball. Soccer is a sport that relies heavily on teamwork and coordination, a characteristic that makes it enjoyable to many players. “I feel like it’s [soccer] a fun sport,” freshman Rachit Ravali said, “and it’s interesting to play. You need to be able to work as a team player.”

The Jefferson boys’ soccer interest meeting was held on Friday, Feb. 10 during B block and had a turnout of 40 interested players, both new and returning.

“I feel like it [joining Jefferson soccer] would be a nice opportunity to play at a high level with a team,” freshman Rachit Ravali said.

“Soccer is a team sport where there’s a lot of coordination involved, you need to be able to control yourself and control others around you to be able to work…each team member has their own key part in the field allowing the team to work together,” freshman Akshay Vellore said.

Many players enjoy the teamwork that goes into playing soccer and how all players play a role in how the game progresses.

“I like how it’s not just one single good player that influences the game,” freshman Vishal Kotha said. “It’s a more team-based sport.”

“I think TJ soccer is obviously going to need a lot more of a time commitment,” Kotha said.

One thing that players think sets soccer aside from different sports is the flow of the game and the positions.

“I like how free flow it is,” Vellore said. “You just run and help out your team as best you can, and the positions are a little bit more flowing than the rest of the sports.”