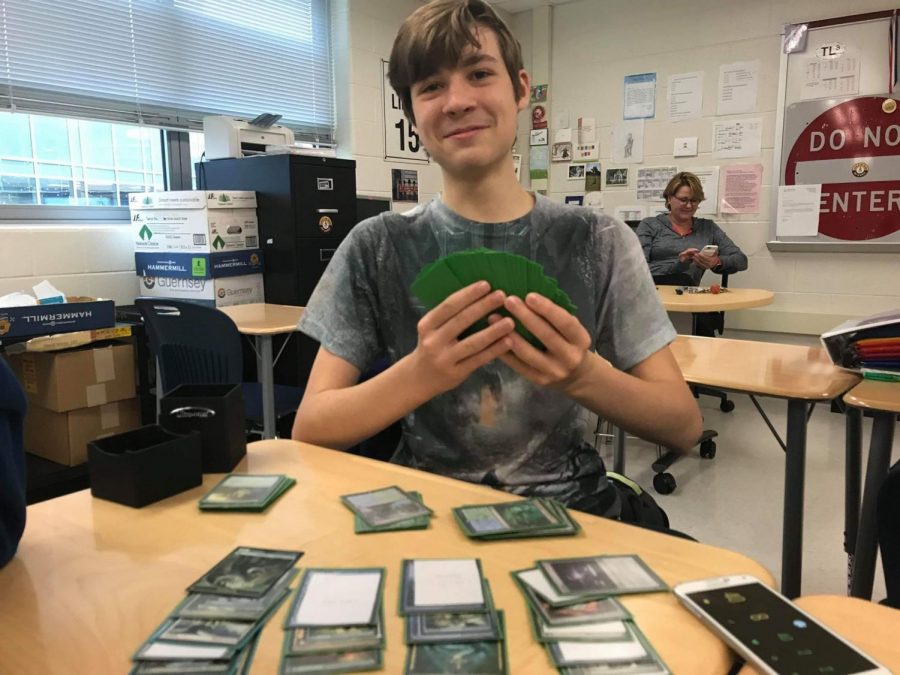 Sophomore Chris Santoro plays a game of Magic: The Gathering.

The meeting was arranged to allow people to play and teach newcomers about the game.

“We just had people play games on their own. We also got a feel for how many people were going to show up to these kinds of meetings. In addition, we had the opportunity to teach a couple of newcomers how to play,” MTG Co-founder Aiden Dunlop said.

The club had a total of 27 sign-ups, which was higher than expected.

“I wasn’t sure how many people would show up outside of my friends who I knew would come. But I saw a lot of new faces in there that I haven’t seen before, so the turnout was good,” Dunlop said.

The club was an opportunity for members to focus on Magic: The Gathering in depth and meet with other players.

“Lunch by itself is a short time to play magic because too many things happen during lunch. Having an eighth period would help with time and also getting new players interested in the game,” MTG co-founder Tushar Rangaswami said.

The club also has plans for the future with its newfound success, including tournaments with potential prizes.

“One thing we are working on is trying to get events similar to tournaments for the club that take place over several weeks,” Rangaswami said.