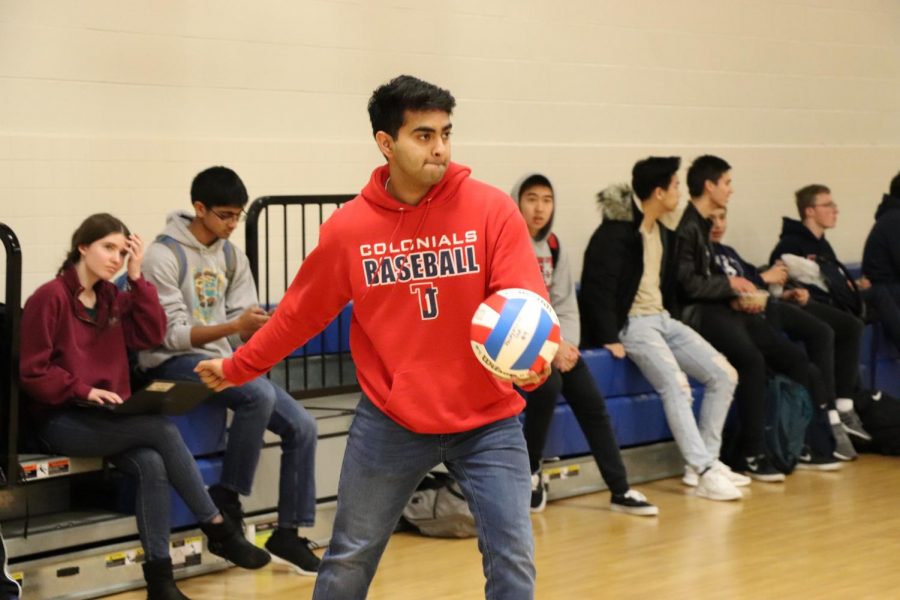 February Frenzy is normally organized by the SGA, but the 2022 Class Council ran the tournament as “March Mania” last year. Both worked with the P.E. department and the administration to make the tournament run smoothly.

“The administration is generally pretty accepting of these tournaments,” senior Michael Huang said. “We just need to make sure that all the correct forms are filled out, that we have a sponsor present at all times, and that we work with the P.E./Activities departments to set up the equipment and make sure everything is cleaned up correctly.”

In order to run the tournament, the SGA first needed to collect $25 payments from each team of five and work with the P.E. department to get equipment.

“Once sign-ups are over, we just need to make the bracket, set up a schedule, and make sure we have a sponsor and refs to watch over each game,” Huang said.

Every year about 25 to 35 teams compete in the tournament, with 26 teams competing this year. Players from all skill levels are welcome.

“I wanted to participate in it because it’s a fun way to compete against other people and I don’t have anything else to do during lunch,” senior Alex Chung said. “I think it’ll generally be a fun experience for everyone.”

“I participated and reffed last year and it was a lot of fun,” Nguyen said. “I hadn’t thought much about participating until I was asked to join a team and I figured why not.”

Instead of the standard 25 point sets and teams of six, players will be in teams of five and will play to reach 15 points or the highest score after 12 minutes. Many players may feel like the goal of this tournament makes it harder to beat another team because once you are losing by many points, it is hard to raise your score again. However, Nguyen has a different perspective.

“Playing to 15 is a lot like the deciding set in regular volleyball matches and I think they make each point matter just a little more,” Nguyen said.

February Frenzy offers students an outlet during their stressful school day to bond with their fellow classmates in an athletic competition.

“I think that a lot of the in-school TJ culture is academic-related work. There are few opportunities to break that spell of a normal routine and this is one of them,” sophomore Bhaswith Suresh said. “It is refreshing to see so many people having friendly competitions and it’s a very high energy environment.”