Freshmen have barely entered highschool, yet they are already looking ahead towards their college futures. 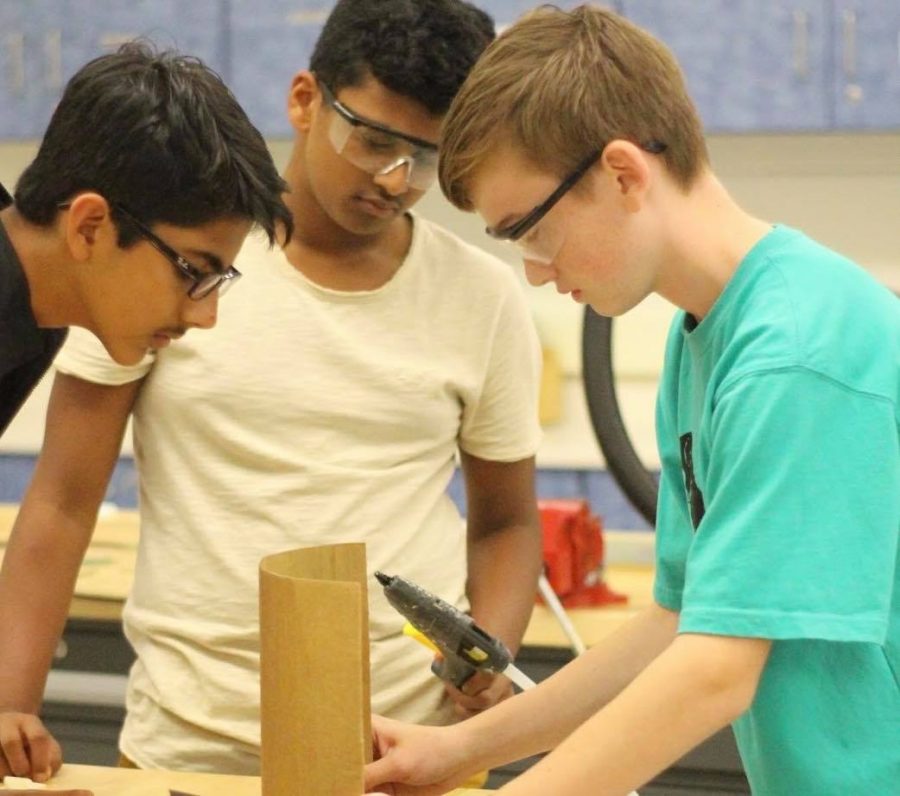 During a Design & Tech class, freshman Patrick Gaucher works on building a prototype. “I am worried about college because I know that getting good grades while maintaining a sport and extracurricular is going to be hard,” Gaucher said.

College application season has just ended for the seniors, but it has just begun for the freshmen. The stress of going to college has trickled all the way down to our newest students, from the very second that they stepped through Jefferson’s doors.

It is very common for freshmen to feel that they have to constantly think about the future and what they are doing currently to get into their choice college. In some ways, it seems as though students can’t help but stress about their futures. “Being a TJ student, and having a brother that went to an Ivy League. It’s kind of the feeling of these things being expected from me that makes it worse, “ freshman Lynn Tao said.

In fact, the expectation to get into a good college and be successful is something that is cited by multiple students as their main stressor.  “In addition to colleges, internships or job opportunities cause me to worry. This is because when I see my friends applying and receiving such opportunities, it makes me worry that maybe I’m not doing enough to get ahead,” freshman Samanvi Dammalapati said.

However, this mindset is exactly what tends to bring students down. “I’ll see it in what I like to refer to as paralysis through analysis. They tend to overthink things, they worry too much about stuff that’s way down the road and then it shows up and they can’t get their work done, then they’re not getting enough sleep, and then it sort of becomes a cycle they can’t break. So it starts to be a stressor, which just then makes it more difficult for them to adjust to TJ and to demonstrate what they’re capable of,” counselor Sean Burke said.

Though the prospect of college may seem like a lot to handle, these freshmen are not the first, and will not be the last to overthink the subject.“I always try to share stories about TJ grads who have struggled to show [freshmen] that there’s been people in their seats and felt just as they did, just as lost just as confused just as worried. And it worked out,” Burke said.

Alumni who went through these same fears feel that when students spend too much time focusing on the future, they lose out on their high school experience. “When you have that picture in your head, you start to lose yourself in present moments – moments that could hold pivotal importance in your development as a student and a person of interest,” alumna MiJin Cho said.

What freshmen must realize is that this early on in high school, they simply need to live in the moment. Right now, there is so much more to focus on other than a part of their life that is still years away. “I wish they could take it day by day, and enjoy each day, and push themselves to be better each day and understand that failure is a part of learning, failure is part of life, and it’s okay that it happens,” Burke said.